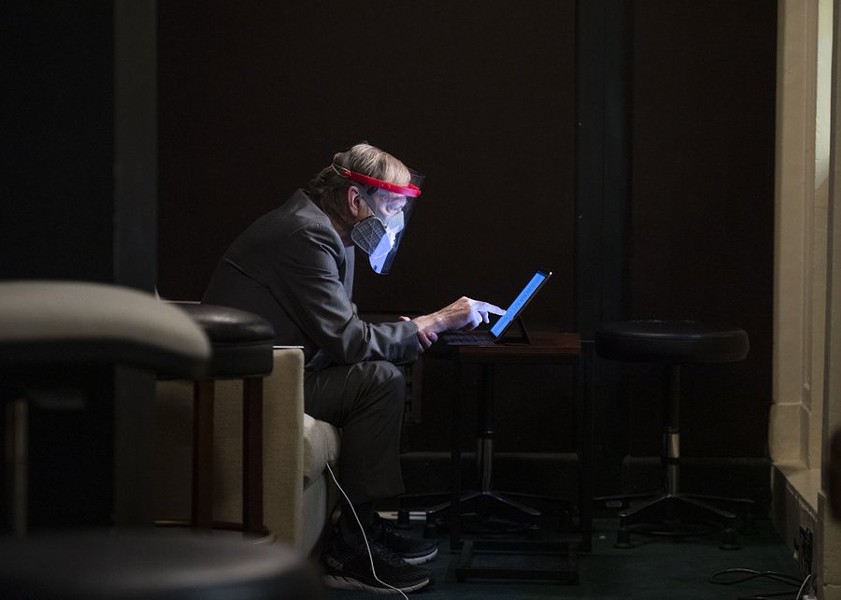 1. A positive covid-19 test has shut down the California Senate on Wednesday and it could not have come at a worst time, the Los Angeles Times reports. That's because the legislative year is set to end on Aug. 31. The postponement could potentially leave a number of important bills on the table. As of noon, the state Assembly intends to meet later today.$$

3. The poor air quality due to the panoply of wildfires surrounding the East Bay is improving, the San Francisco Chronicle reports. The air in Oakland, San Leandro areas has returned to good levels since Tuesday afternoon as the wildfires are being slowly contained, along with cooler local temperatures.

4. Contra Costa County will loosen some of its shelter in place orders this Friday, the East Bay Times reports. "The new order, which Contra Costa County Health Services officials said goes into effect Friday, will allow nail salons and massage studios to begin operating outdoors. Gyms and fitness centers also will be cleared to resume doing outside business." Alameda County will allow barbershops, hair and nail salons, and water parks to reopen outdoors on Friday.

5. The developer behind a 1,500 single-family homes project in Pittsburg is suing the East Bay Regional Park District in order to block a proposed regional park slated for the nearby former Concord Naval Weapons Station, SFGate reports.