Tuesday's Briefing: Curfew limits violence in the East Bay; Barbara Lee wants a truth commission on the legacy of slavery

Richmond man alleged to be eating his murdered grandma 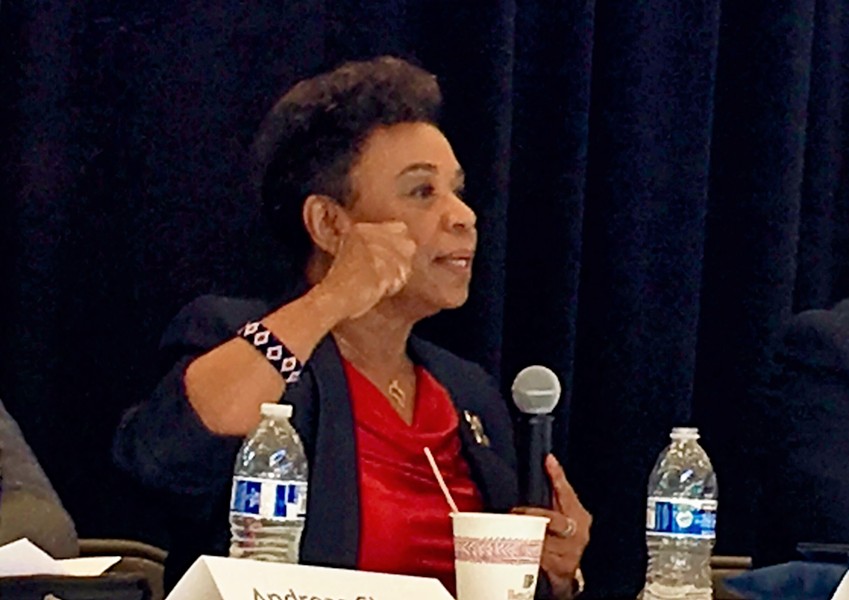 News you don't want to miss for June 2:

1. The countywide curfew imposed at 8 p.m. on Monday appears to have quelled a long weekend of looting and vandalism in the East Bay. A large rally at Oakland Tech and a peaceful protest in downtown Oakland mostly dispersed by the curfew, leaving a group of protesters behind. Oakland Police teargassed protesters on Broadway before detaining about 40 people for violating the curfew, SFGate reports.

4. Rep. Barbara Lee introduced legislation for the formation of a truth commission to address the legacy of slavery in America, The Hill reports.

5. The 67 trailers set up near the Oakland Coliseum for the homeless is posing some unexpected problems for the city, the East Bay Times reports. The city said the amount of power at the site was inadequate. Power was down recently leading to one resident in need of hooking up a medical device to be hospitalized. $$

6. Richmond Police arrested a man suspected on murdering his grandmother and found him cannibalizing the body, the East Bay Times reports.