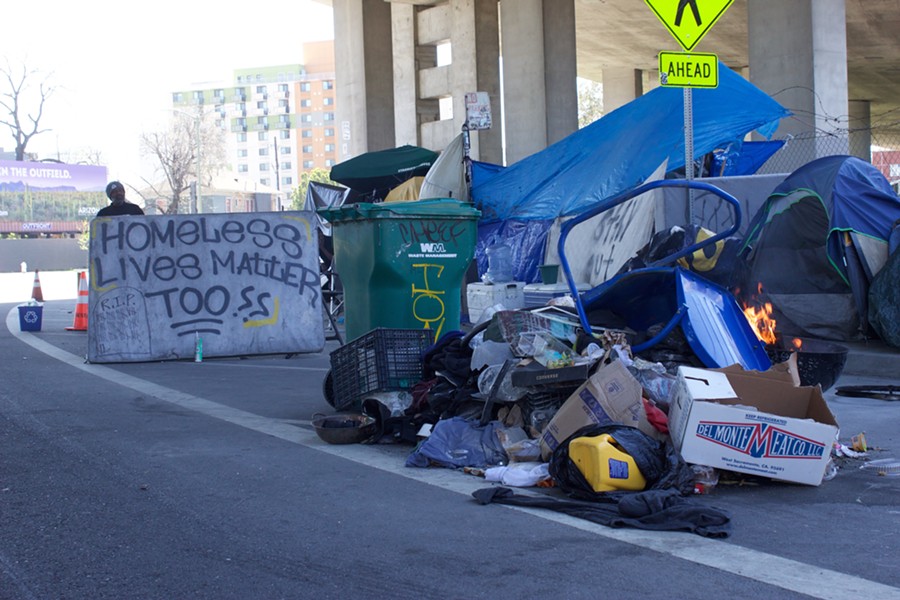 1. Moms 4 Housing members were evicted by Alameda County sheriff's deputies early Tuesday morning from the West Oakland home they were occupying without permission of its owners, a Southern California investment group, the East Bay Times reports. Four arrests were made. $$

2. An advisory panel on homelessness, created by Gov. Gavin Newsom, is floating the possibility of a state constitutional amendment to end homelessness, the Associated Press reports. The proposal would legally force cities to work toward ending homelessness within one year. It should be noted, Newsom did not include the advisory panel's recommendation in his budget proposal last week.

3. Rep. Barbara Lee believes the Democratic Party's rules for qualifying for its presidential debates is "systematically discriminatory" against candidates of color, she told the San Francisco Chronicle. People of color may not be able to afford to give contributions to candidates, nor are they widely polled as much as other groups, two main prerequisite for candidates to qualify for the debates. Tonight's debate includes no candidates of color. $$

4. Sen. Bernie Sanders is leading in a new California Democratic primary poll, the San Francisco Chronicle reports. Sanders' 27 percent tops a tight pack of rivals just a few points behind him in advance of the Mar. 3 primary. Joe Biden follows with 24 percent, and Sen. Elizabeth Warren with 23 percent. $$

6. Installation of the roof for the Raiders new stadium in Las Vegas will be delayed, NBC Sports reports. The roof will not be installed until May. The stadium is set to open on July 31. The uncertainty raises the possibility there might be a few more games left for the team in Oakland, although still remote. But the team's lease at the Coliseum includes an option for the 2020 season if any problems arise with the stadium in Las Vegas.