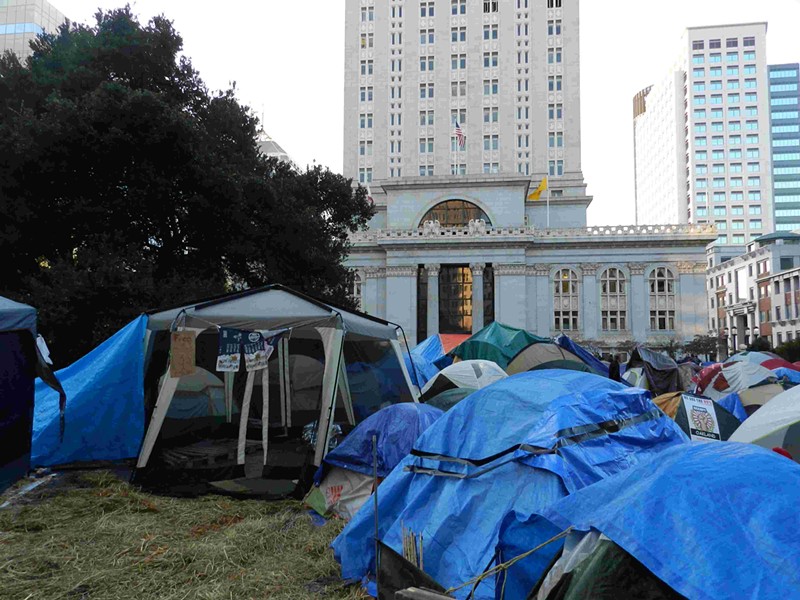 1. No repeat of Occupy Oakland here. Oakland Police arrested 22 activists who set up an encampment on the lawn in front of Oakland City Hall, the East Bay Times reports. The protest was organized to highlight the city's treatment of the homeless.

2. UC Berkeley chancellor Carol Christ supports ending the use of SAT testing for incoming freshman, EdSource reports. A U.C. task force is studying the issue. Last month, several groups threatened to sue the U.C. system if the test, which they said puts minority students at a disadvantage, is not discontinued.

3. Two boys were killed at an elementary school in Union City on Sunday morning, the San Francisco Chronicle reports. Police are still searching for suspects. Police said the boys were sitting in a van at 1:30 a.m. when an unknown gunman shot into the van. $$

4. It's kind of like the Minority Report, but for police. Oakland will begin using software today pools various data streams on its police officers, the San Francisco Chronicle reports. The software uses the information to flag potential problem officers. $$

5. Next year, California voters will decide whether to scrap Proposition 13, the landmark 1978 measure that significantly crimps the amount some home and commercial property owners pay on their property taxes. KQED reports on the grassroots effort already underway to defeat Prop. 13.