Did a PG&E transmission tower start the Kincade Fire? 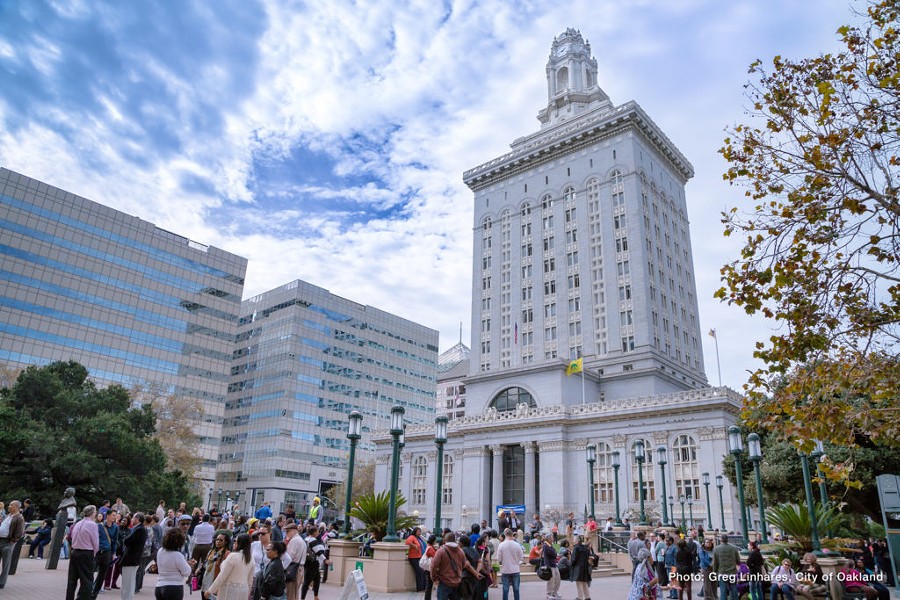 1. Did it happened again? PG&E told state regulators that a transmission line malfunctioned in the vicinity of the still-blazing Kincade Fire near Geyserville, the San Francisco Chronicle reports. $$

2. Richmond and Oakland were ranked, respectively, as the twelfth and thirteenth cities with the highest financial distress in the state, according to a report issued Thursday by the California state auditor. Oakland topped the list as the most financial at risk when it comes to future pension costs and funding set aside to pay other retirement costs.

4. The BART Board of Directors voiced opposition to a proposed ban on busking at its stations, the East Bay Times reports. At the same meeting, BART Board Director John McPartland made an embarrassing and patronizing gaffe when addressing an African American attorney for the ACLU, the East Bay Citizen reports.

5. Oakland's six-month adaptive bike-sharing pilot program was created out of the Mayor's Commission on Persons with Disabilities. Next City reports on how the program is helping those with other body types get around town.

7. The Warriors began the Chase Center era by falling behind the Los Angeles Clippers 14-0 before eventually dropping the opening game of the season, 141-122, CBS Sports reports.