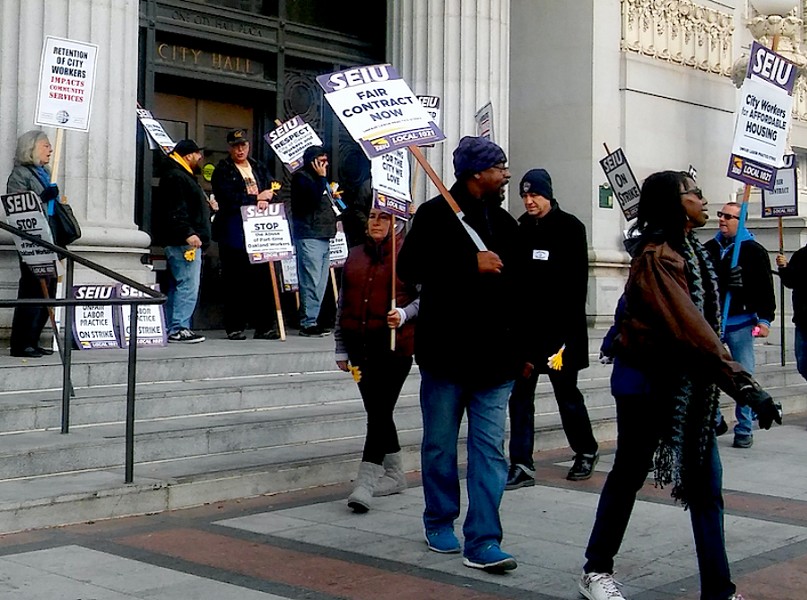 1. Oakland city officials and members of its two largest labor unions – IFTPE Local 21 and SEIU Local 1021 – agreed to a tentative contract agreement, the East Bay Times reports. Prior to the announcement, the unions were set to ask its members to authorize a strike. $$

2. A fire on the Oakland side of the Transbay Tube shut down BART trains smack in the middle of the Tuesday evening commute, KPIX reports.

3. The housing crisis in California and rabble-rousing Oakland developer Gene Gorelick received page one treatment in The New York Times. Earlier this year, Gorelick showered a few homeless people in Oakland with $100 bills in an attempt to persuade them to move their encampment.

4. There’s an Indian summer, then there’s the hot weather forecast for the East Bay. Temperatures could reach close to 90 degrees in Oakland on Thursday, SFGate reports.

7. Keep in mind the NBA is a master at PR and Tuesday was opening night, but Michael Jordan said he believes Warriors star Stephen Curry is not yet Hall of Fame material, SFGate reports.