Pride flag will fly in Dublin after backlash 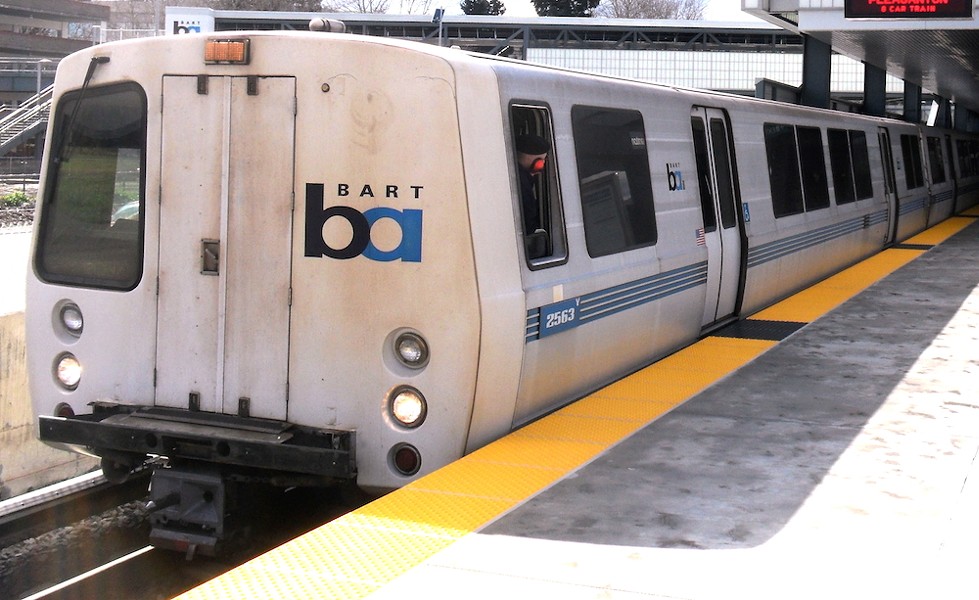 News you don't want to miss for June 5:

1. Conservatives love BART Board Director Debora Allen and daily BART riders may also, too. Allen wants to rollback a previously approved schedule of fare hikes because she believes the increases will turn away more customers than help boost falling fare revenues, the San Francisco Chronicle reports. $$

2. "The Oakland City Council passed a resolution Tuesday night that decriminalizes certain natural psychedelics, including mushrooms, a move that makes Oakland the second city in the nation to do so," the San Francisco Chronicle reports. $$

3. "With little fanfare, the Bay Area has seen a dramatic drop in its homicide rate, driven by a considerable decrease in deadly shootings," The Guardian reports. In fact, a 30 percent drop over the past decade that is well below the national average.

4. The Dublin City Council had a change of heart Tuesday night, KTVU reports. Two weeks after voting against a proposal to recognize LGBTQ Pride Month by flying the rainbow flag at city hall, Dublin Mayor David Haubert apologized for his opposition to the proposal, and the council voted to reverse course and raise the flag after all.

5. Question of whether Hayward police officers receive sufficient de-escalation and mental illness training was already being asked by some city officials even before a KTVU report showing video of the police response to a 2015 incident resulting in the death of Roy Lee Nelson, Jr, an individual who suffered from schizophrenia.

6. A U.S. District Court judge threw out a case against three members of the Rise Above Movement, a group that was accused of engaging in hand-to-hand combat with protesters at political rallies in Berkeley, Huntington Beach,and San Bernardino, the Association Press reports. The men believed they were acting as counterweights to Antifa protesters at the events. The judged ruled their actions were free speech.