Warriors are heading to their fifth straight NBA Finals 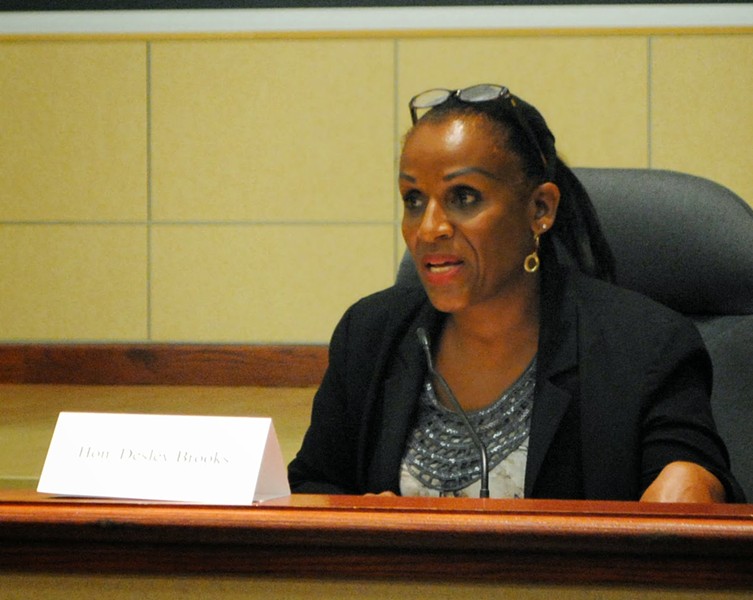 1. Former Oakland Councilmember Desley Brooks lost her re-election by a large margin last November. Most political observers viewed the defeat as a referendum on Brooks' role in an altercation involving former Black Panther Elaine Brown in 2015 in which the city was ordered by a judge to pay damages of $2.2 million to Brown. In a lawsuit filed by Brooks in Alameda County Superior Court, the San Francisco Chronicle reports, Brooks claims the city attorney's handling of the case cost her re-election to her council seat and is asking for reimbursement of the nearly $80,000 she was ordered to pay Brown. $$

2. The NBA Finals is coming to Oakland for a fifth straight year after the Warriors defeated the Portland Trailblazers in overtime Monday night, 119-117, the San Francisco Chronicle reports. The Warriors swept the Trailblazers, 4-0, in the series and will face either Milwaukee or Toronto for a chance at a three-peat starting on May 30. $$

3. Ghost Ship trial: A former resident of the Ghost Ship testified Monday that Child Protective Services and Oakland Police had been inside the warehouse in the months prior to the December 2016 fire that killed 36 people, ABC7 reports.

4. Berkeley's Disaster and Fire Safety Commission is recommending the city quickly procure and install an outdoor warning system to alert the public of wildfires and earthquakes, Berkeleyside reports. Oakland, Richmond, and U.C. Berkeley have warning systems.

5. A judge ruled Monday that the parents of a West Point cadet from Concord who died in a skiing accident can use his sperm to produce a child, the Associated Press reports. The family has not indicated, though, whether they will do so.

6. "Across California, at least 20 companies providing care for the elderly, disabled and mentally ill continue to operate illegally after being cited for failing to pay their workers more than $1.4 million in back wages and penalties," Jennifer Gollan reports for Reveal.

7. The Trump administration is threatening to cut federal funding to California fire departments at a time when wildfires are becoming more frequent and more deadly, the Sacramento Bee reports. The threat comes after the U.S. Forest Service accused the state of over-billing the federal government. $$

8. Randy's Donuts, the iconic Southern California chain that features a 32-foot donut atop one of its locations, is expanding to the Bay Area, including one store in Berkeley, SF Eater reports.