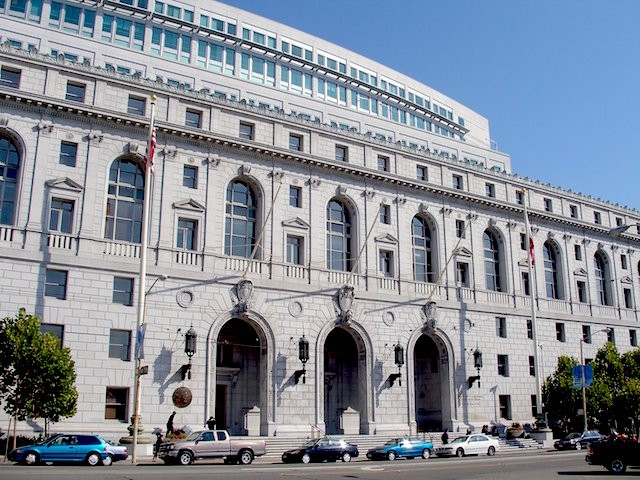 A new public records transparency law that took effect on Jan. 1 might have pulled back the curtain of secrecy around police personnel records more than first realized.

But on Wednesday, the California Supreme Court raised the question of whether SB 1421 also extends to another category of police misconduct records. The court asked the parties in an ongoing and highly contentious lawsuit between the Los Angeles County Sheriff and the Association of Los Angeles Deputy Sheriffs to brief the court on "what bearing, if any" SB 1421 has on the question of when and how names of police officers on a so-called "Brady list" can be disclosed.

Brady lists are highly secretive databases compiled by law enforcement agencies that include the names of officers who have engaged in acts of moral turpitude and dishonesty. These lists usually don’t include a description of the misconduct, but they indicate which officers have engaged in misconduct that can imperil a criminal case, such as fabricating evidence or lying.

The Los Angeles Sheriff's Department has a Brady list. So does the San Francisco Police Department. Some agencies don't create these lists.

Brady lists were first compiled in California in an effort to comply with the U.S. Supreme Court’s decision in the 1963 Brady v. Maryland case, which determined that prosecutors have an obligation under the constitution to disclose potentially exculpatory information in their possession to a defendant. This includes information such as whether the police officer who arrested them ever lied or tampered with a case or engaged in some other behavior that could impeach that officer’s integrity as a witness or investigator.

California’s historically strict laws favoring the confidentiality of police officers’ records made complying with Brady a tricky task for prosecutors. Even though they have an obligation to disclose exculpatory information, prosecutors have been denied access to police officers’ personnel files. Instead, they can only review an officer’s files indirectly by asking a judge to examine them in secret, using what’s called a Pitchess Motion. If the judge finds that there are sustained incidents of misconduct in an officer’s file that call into question the integrity of the officer as a witness or investigator in a case before the court, the judge can then allow both the prosecutor and defense team to obtain that specific part of the file.

This procedure is complicated and burdensome. As a result, the disclosure of police misconduct records through Pitchess has been rare.

In response, some prosecutors and law enforcement agencies have tried to create a more streamlined system in which the internal Brady list of problem officers with sustained complaints in their files is proactively supplied by police and sheriff’s departments to district attorneys. This way, prosecutors know when they should inform a defendant there is Brady material that could be obtained in an officer's file — if that officer investigated a defendant's case or might testify on the witness stand.

Police unions strongly oppose these types of proactive Brady list disclosures, arguing that they’re invasive and violate officers’ rights to privacy. They also argue that many cases that can put an officer on a Brady list do not impeach an officers’ integrity in a particular case and that defense attorneys might abuse the process by frivolously seeking records to discredit a cop.

Years ago, the Los Angeles County Sheriff’s Department created a Brady list of hundreds of officers and attempted to provide the Los Angeles County District Attorney with the list, but the union that represents sheriff’s deputies sued to block disclosure. The union won that case by blocking transfer of the entire list, but the trial court decided that the sheriff’s department is allowed to provide prosecutors with the name of a particular deputy who is on the Brady list if that deputy is a potential witness in a pending criminal case.

In response to that ruling, the Association of Los Angeles Deputy Sheriffs filed an appeal seeking to also block the ability of the sheriff’s department to hand over individual deputies’ names to prosecutors. After a lengthy briefing and oral arguments before California’s Second Appellate District Court in 2017, the court found in favor of the deputies’ union, making the Brady list secret.

The court granted this petition and began hearing the case in October 2017. Since then, numerous police unions have weighed in by filing briefs arguing against disclosure of names on Brady lists.

Until yesterday, there was only the potential in this case that Brady lists could be shared between police and sheriff’s departments and prosecutors. But the Supreme Court is now asking what bearing SB 1421 might have on these Brady lists.

SB 1421 now requires the public disclosure of, "any record relating to an incident in which a sustained finding was made by any law enforcement agency or oversight agency of dishonesty by a peace officer or custodial officer directly relating to the reporting, investigation, or prosecution of a crime, or directly relating to the reporting of, or investigation of misconduct by, another peace officer or custodial officer, including, but not limited to, any sustained finding of perjury, false statements, filing false reports, destruction, falsifying, or concealing of evidence."

Whether this language in SB 1421 applies to names on the Brady lists, a departments entire list, or even the underlying records of misconduct, isn't clear.

None of the parties to the lawsuit responded to a request for comment for this report.

But the SB 1421 briefs to the Supreme Court are due later this month.

Law enforcement unions also attempted to block the retroactive implementation of SB 1421 by asking the Supreme Court to grant an injunction. That request was denied by the court yesterday.
Prev
Next