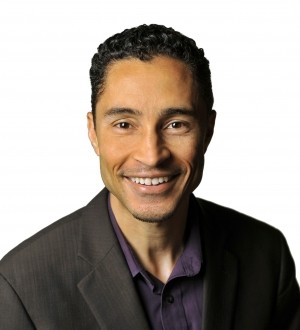 Imagine if standing in your yard, talking to your neighbor resulted in armed, uniformed police officers approaching and questioning you. Imagine being frisked, handcuffed, then cited and maybe fined $250 for ‘loitering.’ Imagine if you were harassed by the police so often that you and your children feared spending time outside in your yards, sidewalks, and the streets where you live. Would you think you were being treated unconstitutionally?

Darren Mathieu thinks so. Mathieu is a resident of the Oakland Housing Authority’s Lockwood Gardens Apartments, and he’s filed a lawsuit in federal court to overturn the OHA’s anti-loitering ordinance. While Mathieu has never been cited with loitering, he’s been stopped by the Oakland Housing Authority Police Department (OHAPD) more than 60 times, even handcuffed, for simply being outside his apartment.

That’s why a coalition including the Lawyers’ Committee for Civil Rights of the San Francisco Bay Area, the ACLU Foundation of Northern California, East Bay Community Law Center, the Ella Baker Center for Human Rights, and King & Spalding LLP, is supporting Mathieu and former Lockwood resident Edward Jackson as they challenge the constitutionality of the Oakland Public Housing loitering ordinance. The lawsuit against the city of Oakland and the OHAPD asserts that the loitering ordinance violates residents’ due process rights guaranteed by the 14th Amendment of the U.S. Constitution, and that OHAPD has been using the ordinance to harass and intimidate public housing residents.

On Oct. 16, 2018, Oakland City Councilmember Lynette Gibson McElhaney introduced a motion for the council to repeal the unjust OHA loitering ordinance. This is a positive move forward that accounts for the racist history of loitering laws in the United States. Enacted in 1983, the loitering law is similar to loitering ordinances that emerged after the abolishment of slavery to ensure that newly freed African Americans remained controlled and restricted. Today,
you can easily see the historic legacy of this anti-black legislation; African Americans make up the majority of Oaklanders stopped by police despite being only 28 percent of the population.

City officials will vote to repeal OHA’s unconstitutional loitering law on Oct. 30, but they should also consider the larger problem: the OHAPD, an auxiliary police force that uses Oakland’s scarce affordable housing resources to subject the residents of public housing to constant surveillance and intrusion into their lives for non-criminal conduct.

According to the OHAPD’s 2015 Annual Report, less than 25 percent of their work was in response to requests for help from the community, with the vast majority of time spent on “self-initiated” activities, such as enforcing non-criminal infractions, vague “lease violations,” and parking and traffic violations that extract $70,000 a year in fines on top of what Oakland traffic enforcement collects from these low-income residents. Not surprisingly, Lockwood residents often regard the OHAPD more as prison guards than protectors.

According to research by the New York City Department of Investigation Office, aggressive policing of non-criminal conduct like “loitering” does not increase community safety. In contrast, the East Bay city of Richmond experienced a 66-percent reduction in firearm assaults causing injury or death between 2010 and 2017 by successfully developing community responses to harm through the Office of Neighborhood Safety. Created in 2007, the ONS is a city initiative that invests in strengthening community-based outreach, resources, and advocacy services, with law enforcement intervention utilized only as a last resort.

The success seen in Richmond shows that community-driven strategies create safe, healthy neighborhoods, not harassment by a supplemental police force. Repealing OHA’s loitering law is a step in the right direction; abolishing the OHAPD should be next.

Zachary Norris is the executive director of the Ella Baker Center for Human Rights in Oakland.
Prev
Next