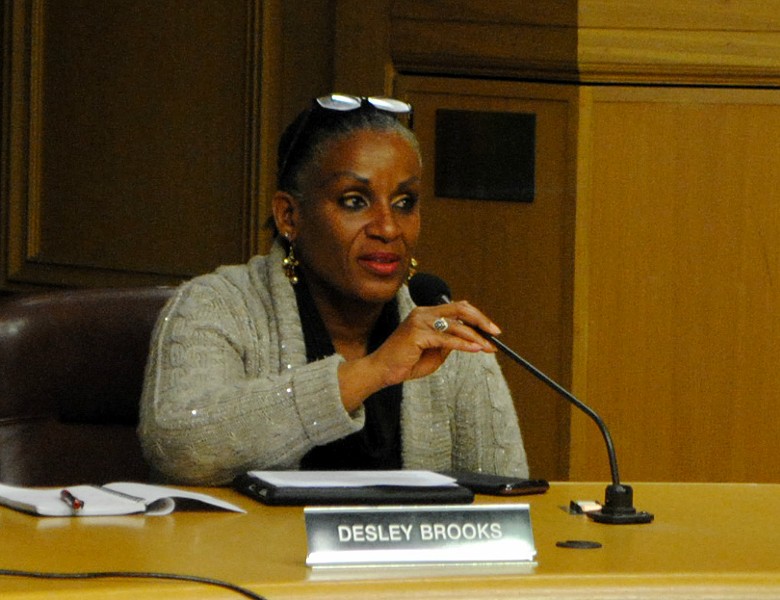 The City of Oakland will pay $2.2 million to settle a claim by ex-Black Panther leader Elaine Brown, who was injured in 2015 after Oakland Councilmember Desley Brooks punched and pushed her. (AP)

Berkeley voters will consider a $135 million affordable housing bond this November. If passed, the measure would increase property taxes by $23.27 per $100,000 of assessed value each year, which the city would then use to acquire, improve, preserve, or build affordable housing. (East Bay Times)

Bay Area residents — including staff of the Express — have been receiving anti-Semitic robocalls on behalf of a Concord businessman running for Congress. John Fitzgerald denied his involvement with the calls, but his website is full of headlines that attack Jews and people of color. (KTVU)

The new movie Blindspotting, which is set in Oakland and was written by and stars East Bay natives Daveed Diggs and Rafael Casal, premiered at the Grand Lake Theatre last night. The movie officially opens July 20. (KGO)

Officials at the Contra Costa Event Park canceled the XO Music Festival amid controversy about the event just days before the three-day festival was to be held in Antioch, saying promoters did not fulfill “contractual obligations.” (San Francisco Chronicle)

East Bay resident Marshaunte Farris and her boyfriend Shamiek Sheppard filed a report with the CHP after a white woman yelled racial slurs at the couple while driving on Interstate 80 from Richmond to Emeryville on Monday. (East Bay Times)

UC offered admission this fall to more transfer students than it has at any point in its history. Nearly all of the admitted transfer students from California come from community colleges. (San Francisco Chronicle)

Plans have been scrapped for what would have been Oakland’s tallest building. The Planning Commission decided not to vote on the proposed 36-story highrise at 1261 Harrison St. in order to give the developer more time to redesign the project, which had been criticized for being too tall and for requiring the demolition of a historic building. (San Francisco Business Times)

Is there a white raccoon lurking around Lake Merritt? (NBC)
Prev
Next