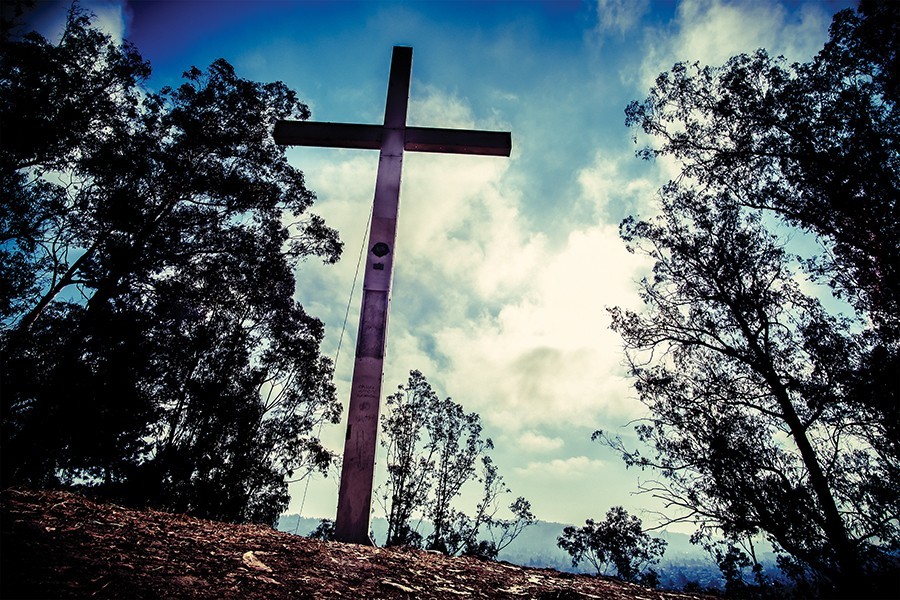 A federal judge ruled that a 20-foot-tall cross that has been displayed on Albany Hill for 47 years is unconstitutional, and the city must remove it or sell the site. U.S. District Judge William Alsup said governments “have no business” sponsoring religious faith. (East Bay Times)

[Read related: “The Albany Cross Resurrects Memories of the KKK”]

The City of Oakland will pay a $12 million settlement to a motorcyclist who was hit and seriously injured by a police car that ran a red light. (East Bay Express)

California health officials will test a portion of the former Hunters Point Shipyard currently under development in response to fears that harmful levels of radioactive materials remain buried there. But some are questioning whether the method of testing will adequately determine whether the soil is clean. (San Francisco Chronicle)

Former employees of OneTaste say the San Francisco-based “orgasmic meditation” company used its teachings to justify sexual exploitation and abuse and caused them to go into serious debt. (SFGate)

At UC Berkeley, a campus-wide effort called Project IRENE is underway to scan and digitize nearly 3,000 wax cylinders held in the university’s Phoebe A. Hearst Museum of Anthropology, in order to save Native American languages. (Berkeley News)

Next month, UC Berkeley will begin an online course on blockchain in order to educate students on cryptocurrencies and prepare them for careers in developing blockchain networks for businesses. So far, 7,400 students have signed up. (Computerworld)

Traffic at Alameda Point will be significantly impacted by the large development now underway at the former naval air station. Extended road closures will occur in the middle of Alameda Point at Ferry Point and Orion Street; additionally, the Atlantic Avenue entrance will be closed at Main Street and a new entrance will open at Trident Avenue. The changes take effect June 26 and will remain in place for two years. (Alameda Sun)
Prev
Next