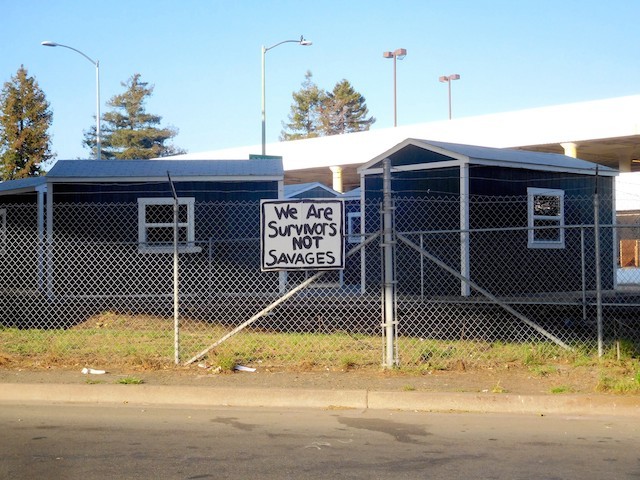 Oakland-based Kaiser Permanente announced today it will invest $200 million to help preserve and create affordable housing and mitigate homelessness in the Bay Area and other locations. Oakland Mayor Libby Schaaf asked Kaiser CEO Bernard Tyson to make the investment as part of the new Mayors and CEOs for U.S. Housing Investment group, which is lobbying Congress for more federal funding for homelessness. (San Francisco Chronicle)

Ninety-seven percent of the students graduating from McClymonds High School in West Oakland this year are going to college, one of the highest percentages of college-bound students in the school's history. Of the 60 out of 62 students going to college, 25 are heading to junior colleges, five to University of California schools and 17 to California State University schools, according to an Oakland Unified news release. (East Bay Times)

Berkeley is trying to rid of RVs and their inhabitants at the Berkeley Marina, issuing notices that the campers must leave before a May 28-June 1 construction project. The city plans to create structured parking to reduce overnight parking and prevent RVs from parking there, but the RV dwellers say they have no place else to go. (Berkeleyside)

An internal investigation by UC Berkeley has substantiated claims of sexual violence and harassment against longtime athletic department employee Mohamed Muqtar. WNBA All-Star Layshia Clarendon filed a lawsuit in January, claiming Muqtar assaulted her during her freshmen year at Cal, which prompted the school’s investigation. Cal Athletics confirmed Muqtar was fired on May 11. (ESPN)

The number of arrests of immigrants without criminal convictions continues to rise as the Trump administration battles with California’s sanctuary laws. From October through March, more than 3,400 “non-criminals” were arrested by ICE’s California offices. (San Francisco Chronicle)


California’s birthrate has plunged to its lowest level in a century. Experts say the decline is related to young people putting off having kids for financial or personal reasons, along with the increasing availability of birth control and the state of the economy. (SFGate)

Berkeley City Council has further eased the process for building accessory dwelling units, on in-law cottages. The new ordinance allows them units to be slightly larger, up to 850 square feet, and clarifies some of the design guidelines. (Berkeleyside)