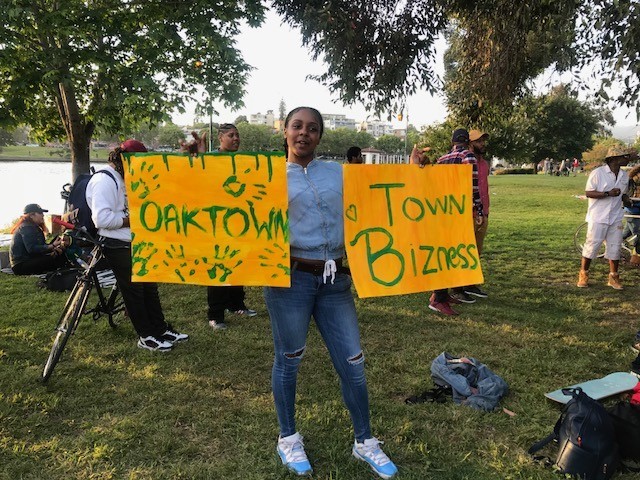 Protesters plan to gather today in response to the white woman who called the police on a group of Black people barbecuing at Lake Merritt, the video of which went viral. The organizers of “Grill Your Government,” planned today at 4:30 p.m. in front of Oakland’s City Hall, are encouraging people to wear cookout clothes and bring grills, “but mostly, demand a response for this abuse of city services.” Additionally, a “BBQ’N While Black” event is planned for Sunday on Lakeshore Avenue at the site of the original incident. (East Bay Times)

Sexually transmitted diseases in California have jumped 45 percent over the past five years to the highest levels in nearly 30 years, according to a report by the California Department of Public Health. A decrease in condom use, lack of education, fewer STD clinics, and the increased role of social media in helping people find anonymous sex partners are being blamed for the more than 300,000 cases of chlamydia, gonorrhea, and early syphilis reported in the state in 2017. (San Francisco Chronicle)

The Richmond City Council will consider an ordinance today that would prevent the city’s business and investment funds from going to companies that share personal information with ICE. Berkeley, Oakland, and Alameda are considering the same ordinance. (DeportICE.org)

Oakland’s City Council will vote today on whether to sell city-owned land in the Fruitvale neighborhood to a charter school for its new campus. The deal has been criticized by affordable housing advocates, and the Oakland Unified School District’s board says it wasn’t aware of the plan until recently and that it’s concerned it could negatively impact two nearby district-run public schools. (East Bay Express)

A federal judge yesterday rejected the federal government’s arguments that the City of Berkeley acted unconstitutionally when it created a historic overlay for the Civic Center in 2014, which made it difficult for the government to sell the historic downtown Berkeley post office. (Berkeleyside)

[Related read: "Why the GOP Is Killing the Post Office"]

A minor earthquake shook Oakland yesterday evening around 7:30 p.m. The 3.8 magnitude quake appeared to be centered under Highway 13 on the Hayward fault. (East Bay Times)
Prev
Next