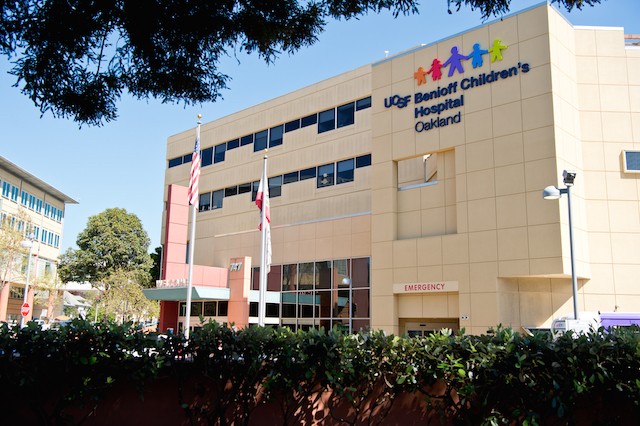 Doctors at Children’s Hospital Oakland are revolting, saying the merger with UCSF has been a disaster for the East Bay hospital. Doctors are leaving, claiming UCSF prioritizes its new Mission Bay campus over the longstanding Oakland facility, and that no new patients in Oakland can get routine psychiatric appointments or see a lung specialist. (East Bay Times) (I wrote about some of these concerns last year for our sister publication Oakland Magazine.)

Downtown Oakland has the lowest vacancy rate for office space in the country, according to a report by the commercial brokerage firm CBRE. The report looked at the top 10 tightest downtown office markets in major metropolitan areas for the first quarter of 2018. Oakland came in first, at 5.3 percent vacancy, with San Francisco in second, at 5.7 percent. (San Francisco Business Times)

Since legalization, state taxes on legal cannabis sales have fallen short of projections, surprising no one in the industry. According to the Legislative Analyst’s Office, excise and cultivation taxes brought in $34 million in the first quarter of 2018, about one-third of the expected amount. Those in the industry say higher prices for pot and fewer places to get it are responsible. (San Francisco Chronicle) (For more on this issue, read our two-part series on how the state’s new legal cannabis market has priced out small growers and forced small cannabusinesses back to the illicit market.)

California became the first state in the nation to require solar panels on new homes. The rule, which will go into effect in two years, will cut emissions but raise prices on housing. (Bloomberg)

Journalists with the East Bay Times and other newspapers around the country were in New York at the headquarters of Alden Global Capital earlier this week to protest censorship and layoffs by Digital First Media, which is owned by the NY-based hedge fund. (Democracy Now) (Read more about how this “vulture” hedge fund has sucked the profits out of local newspapers and how reporters are trying to stop it.)

A video of a white woman calling the police on two Black men having a barbecue at Lake Merritt has gone viral on YouTube.


An Alameda County Sheriff’s Deputy who was fired in 2016 for allegedly bribing witnesses of a police beating to remain silent is now a police officer in Gustine, a small Central Valley town west of Merced. (KGO)

The opening of the new downtown Berkeley BART plaza has been delayed due to a dispute between the contractor of the plaza and two subcontractors until mid-August, almost a year after it was originally scheduled to open. (Berkeleyside)

Five real-estate investors convicted in a conspiracy to rig bids at foreclosure auctions were sentenced to either prison or probation and ordered to pay nearly $7 million in fines and restitution. The investors bid rigging at auctions in San Mateo and San Francisco counties, which stifled competition and gave the defendants below-market prices. (San Francisco Chronicle)

Next time you’re at the San Francisco airport, check out a photo exhibit of West Oakland farms by Pulitzer Prize-winning photographer Preston Gannaway. It’ll be up until July. (Hoodline)
Prev
Next