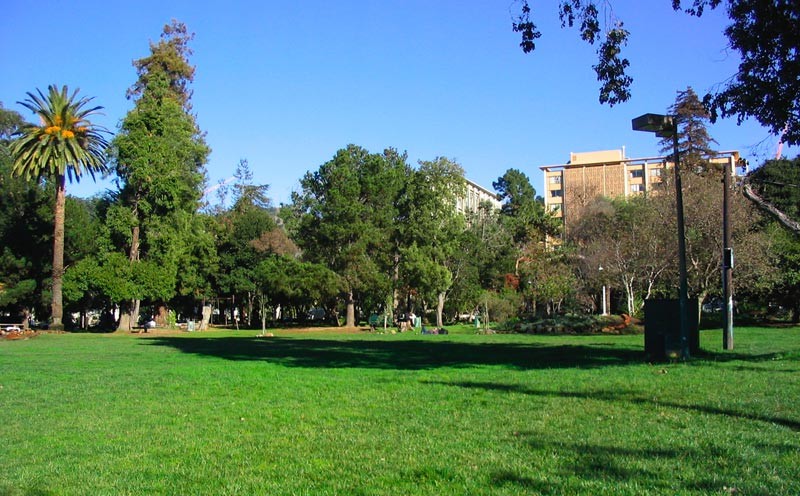 People’s Park in Berkeley may be turned into housing. Berkeley Mayor Jesse Arreguin says UC Berkeley Chancellor Carol Christ will soon announce plans to build housing for up to 700 students on the site, with a portion of the land used to build housing for 100 homeless people and some to be kept as open space. (San Francisco Chronicle)

A new ordinance in Oakland will require surveillance technologies used by the city to be approved by the public. Any department seeking to purchase or use surveillance technology — such as license-plate readers, cellphone trackers, and cameras — will need to submit a “technology impact report” and “surveillance use policy” to the city’s Privacy Advisory Commission. And current surveillance tools must also undergo a public review and approval process. (East Bay Times)

California and more than a dozen other states filed a lawsuit yesterday against the EPA over the Trump administration’s move to weaken national vehicle emissions standards. (East Bay Times)

A citizens group filed a lawsuit against UC Berkeley last week, alleging that the university failed to analyze the environmental impacts of the increase in student enrollment over the past 13 years. Save Berkeley’s Neighborhoods alleges that more students have led to increased student homelessness, worsened traffic conditions, and increased usage of public safety services. (Daily Cal)

A new study shows startling increases in homelessness and a widening divide between wages and housing costs in the Bay Area. According to the report released yesterday by the California Housing Partnership, in Alameda County homelessness increased by 36 percent between 2016 and 2017 (although there were changes in the counting methodology) and the lowest income renters spent well over half of their income on rent. (East Bay Times)

A landfill near Pittsburg may contain radioactive soil from the Hunter’s Point Superfund site. Contra Costa County supervisors are calling for the soil at the landfill to be tested after it was discovered that soil tests at the former naval base in San Francisco were fabricated and then sent to landfills across the state, including Keller Canyon near Pittsburg. (East Bay Times)

A technology firm in Newark is being accused of promising H-1B visa workers from India salaries of up to $8,300 a month but then only paying as little as $800. Cloudwick Technologies has been ordered to pay about $175,000 to a dozen employees for back wages. (East Bay Times)