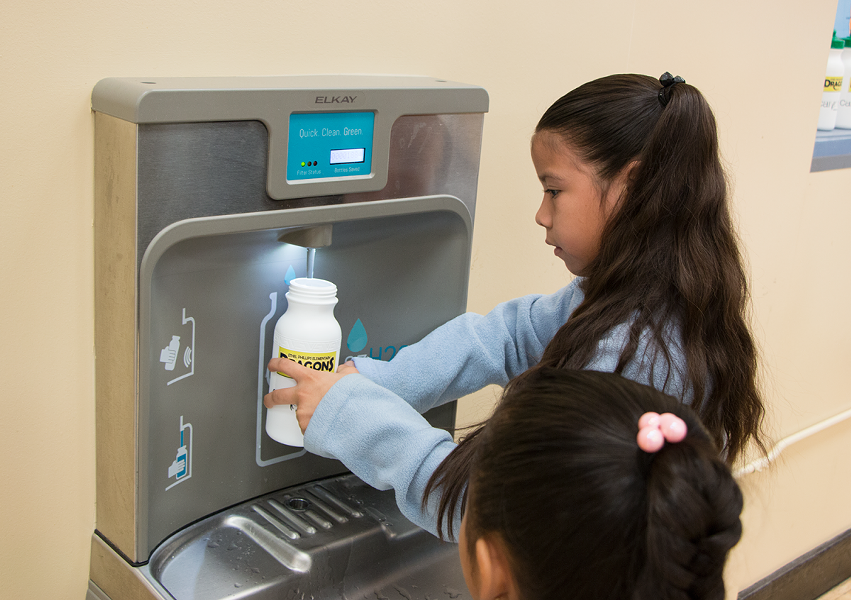 An official advisory board is recommending that the City of Oakland spend hundreds of thousands in new sugar sweetened beverage tax revenue to rapidly install drinking water stations at 110 Oakland public schools and child care centers.

Last October, the school system discovered elevated lead levels in drinking water from fountains at several schools. The lead dissolves into the water from old soldering on pipes and fixtures. It's estimated that it will cost millions to fix.

"This funding from the City of Oakland’s Sweetened Beverage Tax Board will be key in helping us protect the health and well-being of our students, staff and families," said OUSD spokesman John Sasaki. "We thank the Board for taking on this important issue and recommending this needed funding."

The soda tax advisory board described the $371,000 grant as a "quick win" for the city and schools.

The board was established as part of a ballot measure approved by voters in November 2016 to impose a 1-cent per fluid ounce tax on the distribution of sugary-sweetened beverages, which are linked to obesity, diabetes, tooth decay, and other health problems. Although revenue from the tax is deposited into the city's general fund, proponents of the measure promised voters it would be spent on health programs and education.

"This one-time funding provides immediate access to clean water for children and youth who are not only vulnerable to the effects of lead exposure, but in neighborhoods with greater exposure, such as predominantly Black and Brown communities where children were tested positive for high blood lead levels," said Esperanza Pallana, the chair of the tax advisory board. "The [sugar tax] Board sees this allocation as a necessary step to provide relief to Oakland’s vulnerable populations while OUSD and the city address the infrastructure needed to provide long-term safe, lead-free water."

The funding will pay for clean water stations at 15 high schools, 13 middle schools, 54 elementary schools, and 28 childcare centers, according to a city report.

The advisory board is also recommending that the council allocate an additional $334,000 in soda tax revenue to install clean drinking water stations at various Oakland parks and 20 Head Start childcare centers. The city is currently testing for lead in water at its Head Start locations.

The Oakland City Council still has to approve the city's grant to OUSD and other allocations of the soda tax money proposed by the advisory board. The proposal will be discussed at a committee meeting tomorrow.