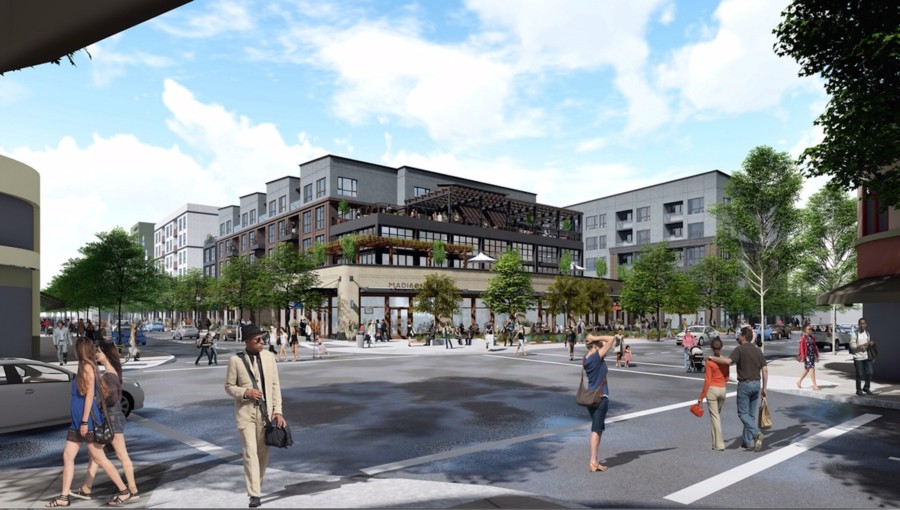 1. A Berkeley housing project that will create 260 new units of housing is becoming the first in the state to take advantage of new streamlining rules that allow developments to avoid bureaucratic hassles if they include 50 percent affordable housing, reports Frances Dinkelspiel of Berkeleyside. The project, which is to be built on Fourth Street on the old Spenger's restaurant parking lot, has been bogged down in Berkeley's Byzantine housing approval process. The new state rules, under SB 35 by state Sen. Scott Weiner, D-San Francisco, allows zoning-compliant housing projects to avoid public hearings if half of the development is affordable housing.

2. An Oakland cafe — Hasta Muerte Coffee — in the city's Fruitvale district is refusing to serve police officers, reports Henry Lee of KTVU. Cafe managers declined to comment, but "Oakland City Councilmember Noel Gallo, who represents the Fruitvale District, spoke to cafe managers Thursday and confirmed it's still the business' unwritten policy not to serve the men and women in blue." The cafe's decision has angered the Oakland police union.

3. A Kensington couple has filed a federal racketeering lawsuit against the small town's police department, alleging that the "police chief once asked for a child abuse complaint to be dropped 'as a personal favor' and then placed a gun on a table and told the father, 'this can end one of two ways,'" the Bay Area News Group$ reports. The Kensington Police Department has been mired in repeated scandals during the past few years.

4. President Trump called Oakland Mayor Libby Schaaf a "disgrace" during a diatribe that was riddled with false and incorrect statements, reports Kimberly Veklerov of the San Francisco Chronicle. Trump, for example, falsely asserted that Schaaf told undocumented immigrants to "scatter" and "flee," when, in fact, she informed people about their legal rights.

5. So many people have been fleeing the Bay Area because of out-of-control housing costs that U-Haul is running out of moving vans and is charging up to 10 times more to those leaving the region, reports Maris Kendall of the Bay Area News Group$. U-Haul is also giving discounts to people who move to the Bay Area in order to refill its truck fleet here.

6. Delaine Eastin is the only California gubernatorial candidate to support a repeal of Costa Hawkins, a statewide law that limits the ability of cities to establish strict rent control laws, reports Angela Hart of the Sacramento Bee$. Eastin called Costa Hawkins a failure, but the other candidates vying to replace Jerry Brown say they would prefer that the law be reformed and not overturned, fearing that cities will place rent control on new housing, thus stifling the creation of it.

7. State Assemblymember Rob Bonta, D-Alameda, has introduced legislation that would raise the age that people can buy rifles and shotguns in California from 18 to 21 — the same as it is for handguns, reports John Woolfolk of the Mercury News$. The co-authors of Bonta's bill, AB 3, are state Sen. Nancy Skinner, D-Berkeley, and Assemblymember David Chiu, D-San Francisco.

9. State and federal wildlife officials are releasing 200,000 hatchery-bred salmon into a high Sierra creek in an effort to stave off extinction of a key salmon run in California — winter-run Chinook, reports Peter Fimrite of the San Francisco Chronicle$. The project is on Battle Creek, a tributary of the Sacramento River near Mount Shasta.

10. And Richmond City Manager Bill Lindsay, who was credited with restoring the city's fiscal health and implementing a series of progressive reforms, plans to retire in June, reports David DeBolt of the East Bay Times$.