Friday's Briefing: February May Be One of the Driest on Record; Ex-Trump Campaign Staffer to Plead Guilty in Mueller Probe 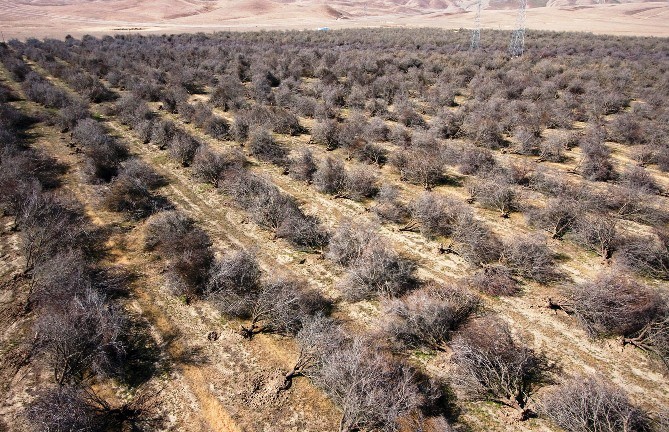 1. February is on track to becoming one of the driest ever in some parts of California, reports Rong-Gong Lin II of the LA Times$. Sacramento, for example, has had zero rainfall this month; the previous record was 0.04 inches of rain in 1899. And the Sierra snowpack is at only 20 percent of normal, raising serious concerns that California has gone back into a drought. Weather forecasters expect the state to stay mostly dry until at least March 1.

2. Robert Gates, the former deputy campaign manager for Donald Trump's 2016 presidential run, will plead guilty today to fraud and lying to the FBI and is expected to testify against Trump campaign chair Paul Manafort, The New York Times$ reports. Manafort is facing dozens of counts of fraud and other serious felonies, and if he also strikes a plea deal with special prosecutor Robert Mueller, he could provide key information in the probe of whether the Trump campaign colluded with Russia in the 2016 presidential race.

3. The city of Oakland is moving forward with a plan to relax regulations on live-work spaces in order to free up more housing space for artists, musicians, and other people, reports Ali Tadayon of the East Bay Times$. Earlier this week, the city council directed the planning commission to reform rules that limit live-work spaces in Oakland to four residents.

4. Embattled state Sen. Tony Mendoza, D-Artesia, resigned from office on Thursday just as the senate was preparing to expel him from office for rampant sexual harassment, reports Melody Gutierrez of the San Francisco Chronicle.

5. Silicon Valley billionaire Vinod Khosla asked the U.S. Supreme Court to overturn a California high court ruling that required him to reopen Martin's Beach to the public, reports Paul Rogers of the Mercury News$. Khosla closed off the popular beach after he purchased it in 2008, but California officials ordered him to reopen it, noting that under longtime state law, the public has a right to access the coast.

6. And in yet another unhinged diatribe, President Trump threatened to pull U.S. Immigration and Customs Enforcement (ICE) agents out of California because of the state's new sanctuary law.