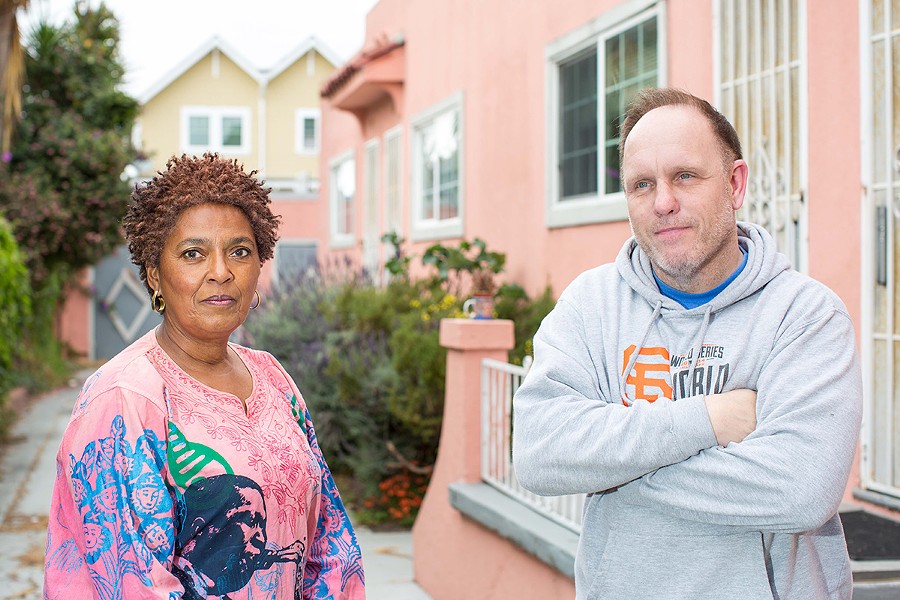 A state appeals court has ruled that California law allows landlords in cities with rent control — under certain circumstances — to convert apartment buildings into condominiums in order to exempt housing from rent control. The appellate court's decision, issued last week, involved a North Oakland property in which the landlord jacked up rents by 125 percent after the property was converted to condos.

The landlord, Arlen Chou, purchased the apartment building in 2015, two years after the previous owner converted the apartments into condos. That previous owner, Kenneth Kolevzon, lived in the building and wanted to convert it into condos and sell them at below market prices to his tenants. But Kolevzon's plans fell apart when he couldn't secure bank financing and he had to sell the building.

After Chou bought the property, he immediately demanded 125 percent rent increases from the building's three existing tenants. But two of the tenants, Kendahsi Haley and Criselda Cruz, asked the city's rent board to block the increases, arguing that they were illegal under Oakland's rent control ordinance.

The tenants contended that while their apartments were now legally condos, they were still protected by rent control because each unit hadn't yet been sold separately to individual buyers. Instead, a new landlord had simply taken over the entire building and was operating it as a rental property. Calling the condo exemption from rent control a "loophole" in their case, they asked for protection.

In fact, Chou purposefully bought the building because of its recent condo conversion. He believed it would allow him to dramatically increase rents on the existing tenants, or displace them and find renters who could pay higher amounts.

In an online forum Chou, bragged after buying the building "the best part of the property is that as they are condominiums, they are EXEMPT from rent control! I will soon own a little island of rent control free property in a rising neighborhood in Oakland."

One of the tenants, Richard Wingart, subsequently signed a move-out agreement. He later said he felt financially threatened and harassed and moved out in distress.

The city's rent board, however, ultimately found in favor the Haley and Cruz.

To support its decision, the board cited an obscure, but crucial section of the Costa Hawkins Act which states that rent-controlled apartments that are converted into condos only lose their rent control status after they have "been sold separately by the subdivider to a bona fide purchaser for value."

In the case of the small North Oakland building, all four units had been sold at the same time to Chou's company, Golden State Ventures. While Chou used separate checks to buy each condo, the rent board reasoned that the legislature hadn't intended to provide a loophole for landlords to circumvent rent control through condo conversion when it passed the Costa Hawkins Act back in 1995. The rent board ruled that because Chou purchased all the units at once and owned the entire building, the condos were not sold "separately," and rent control still applied.

Chou sought to overturn the rent board's decision in superior court, and prevailed. The city of Oakland then appealed the case up to the state appeals court in San Francisco seeking to have the rent board's interpretation of Costa Hawkins reaffirmed.

But while the appeals court judges wrote that they were "not unsympathetic to the tenants’ plight in this case," they still ruled in favor of Chou.

The appeals court ruled that the "sold separately" requirement merely means that condos have an individual title and units lose their rent controlled status once a landlord sells them after conversion.