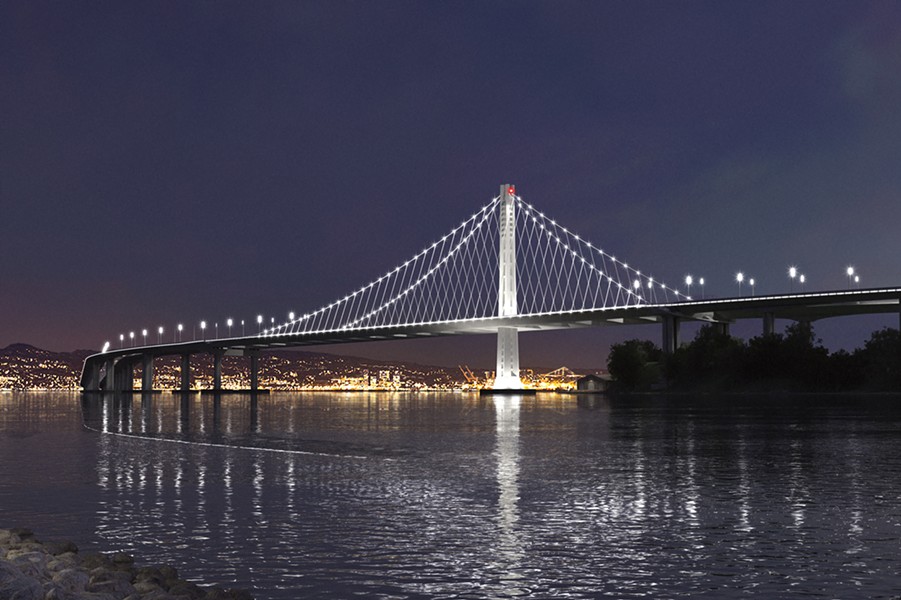 1. Key welds on the underwater foundation of the new Bay Bridge are showing signs of accelerated corrosion, and Caltrans is investigating whether microorganisms may be to blame, reports Jaxon Van Derbeken of NBC Bay Area. The corrosion of welds on the foundation could reduce the expected life span of the $6.4 billion structure from 150 years to 100 years. Divers recently found barnacle-crusted piles on the welds, which include bacteria colonies that leave behind highly acidic film that attacks steel.

2. State lawmakers are considering legislation that would allow cannabis businesses in California to use state-chartered banks, reports Peter Fimrite of the San Francisco Chronicle$. Because marijuana remains illegal under federal law, banks won't service pot businesses in the state, even though they're legal here. That means weed businesses must deal in cash, creating dangerous conditions for workers who must then deliver cash tax proceeds to state collection offices.

3. The cost to repair Oroville dam's badly damaged spillways has surged to $870 million, reports Ralph Vartabedian of the LA Times$. Last winter's heavy rains severely damaged the spillways, which were poorly designed in the first place. The federal government is expected to pay 75 percent of the repair costs.

4. The Alameda Planning Board rejected a proposal to build a 100-room hotel at the Harbor Bay Business Park, reports Peter Hegarty of the East Bay Times$. The hotel proposal, which required a rezoning of the property, was similar to a plan that the Bay Conservation & Development Commission rejected last year.

5. An Oakland property owner is offering to sell his home for bitcoins or other forms of cryptocurrency, reports Erin Baldassari of the East Bay Times$. The property at 2559 Oliver Ave. has already received an "overwhelming" response.

6. And much of Southern California is under a red-flag warning due to unusually high temperatures and strong Santa Ana winds, the LA Times$ reports.