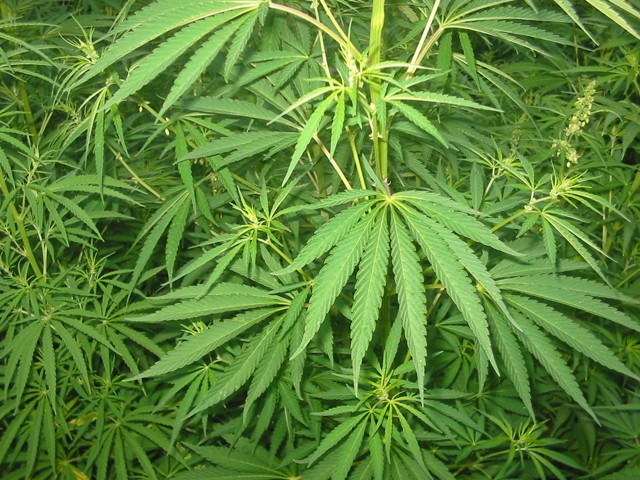 1. Lawmakers are considering a proposal to make California a “sanctuary state” for cannabis, the Sacramento Bee$ reports. The legislation, authored by Assemblymember Reggie Jones-Sawyer, D-Los Angeles, would ban local law enforcement agencies from working with federal efforts to target marijuana in California. The proposal responds to Attorney General Jeff Sessions’ announcement last week allowing federal prosecutors to pursue weed crimes in states where the drug is legal. The legislation is similar to California’s sanctuary state law for immigration, which restricts local law enforcement from helping in federal anti-immigration efforts.

2. Nearly 40 percent of working adults in the Bay Area need a roommate to afford the region’s out-of-control rent prices, reports Richard Scheinin of the Mercury News$, citing a recent analysis by Zillow. Many renters feel trapped, and experts attribute the problem to the extreme shortage of housing in the region coupled with the booming economy.

3. Oakland Councilmember Desley Brooks is proposing to divert millions of dollars in public funds earmarked for street repairs and park improvements and give most of the money to a favored nonprofit in a series of no-bid deals, reports Kimberly Veklerov of the San Francisco Chronicle$. Good government experts say the proposal may represent an illegal gift of public funds. Brooks’ plan, which is also backed by Councilmembers Larry Reid and Rebecca Kaplan, would award millions to the Cypress Mandela Training Center, which conducts job training in East Oakland.

4. Oakland may have to pay about $3 million of the $3.75 million legal judgment levied against Councilmember Brooks last month for her 2016 assault on ex-Black Panther Elaine Brown, the San Francisco Chronicle reports. The city’s insurance policy likely will only pay about $750,000 of the judgment, leaving Oakland taxpayers on the hook for the rest — if the judgment is upheld on appeal.

5. Hurricanes, wildfires, and other disasters around the United States in 2017 caused a record $306 billion in damage, the Washington Post$ reports, citing a new National Oceanic and Atmospheric Administration analysis. Sixteen separate events caused more than $1 billion each.

6. The Trump administration has revoked the legal immigration status of 200,000 El Salvadorans who had been living in the country since devastating earthquakes struck their homeland in 2001, The New York Times$ reports. Two weeks ago, the administration revoked the legal immigration status for 45,000 Haitians who moved here after the 2010 earthquake in Haiti.

8. And TV and film star Oprah Winfrey, who delivered an electrifying speech last night at the Golden Globe Awards, is considering a run for president in 2020, CNN reports.