Kyla Johnson-Tramell is now proposing to slash $4.2 million from school sites and $4.8 million from central administration. 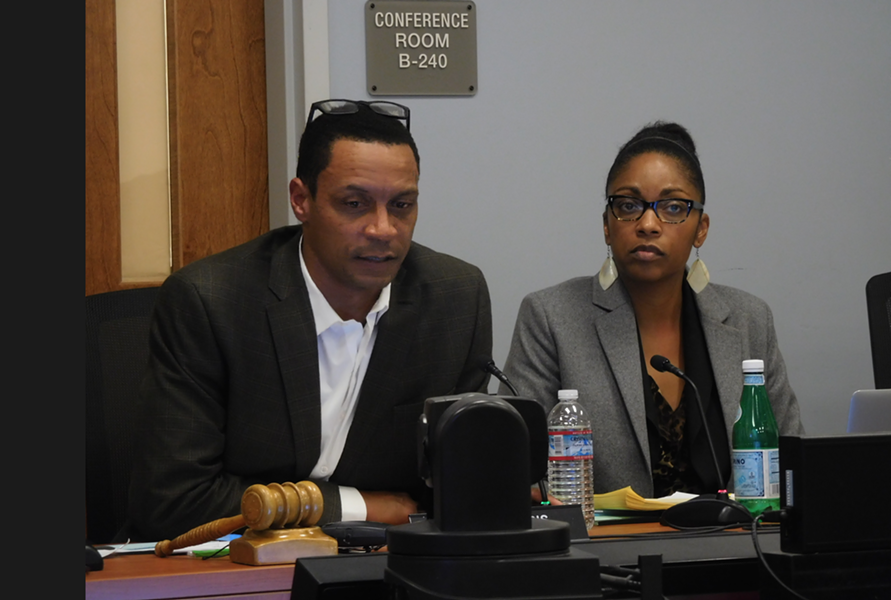 The number is a downward revision from the $15.1 million in cuts that district leaders said as recently as last week would be necessary to avoid a fiscal crisis and possible state takeover.

"I'm doing my best to try to keep us out of state receivership next year," said Johnson-Trammell.

But the revision hasn't calmed students, parents, and teachers who say the budget slashing will still be devastating because it comes on top of previous cuts made earlier this year.

"I find it absurd you're advocating cutting additional resources when we didn't get what was promised in the first place," said a Castlemont High School student who identified himself as Eduardo.

Megan Bumpus, a teacher at Reach Academy, said her school already took a $68,000 cut in "CALL" funds, which pay for a program of extra academic support to students from high-poverty neighborhoods. She asked why the board hasn't accounted for this reduction and yet is planning to reduce Reach Academy's budget by about another $60,000, according to district records.

Laura Impellizzeri, a parent whose child goes to Oakland Tech, said the cuts will result in "stunning inequality" within and between schools. Oakland Tech is facing a $417,000 cut, according to district records. She said that parents there could backfill some of this lost funding, but that other schools with less affluent parents and less active PTAs will be hit much harder.

Riawna Pope, an Oakland High student with the group Oakland Kids First, presented the board with a petition that has gathered over 2,000 signatures and calls for balancing the budget by reducing spending in the district central administration.

Numerous other public speakers reiterated this same message: that cuts should fall on the administration, which consumes a disproportionately larger proportion of the district's budget compared to other Bay Area school districts.

Johnson-Trammell said that substantial cuts have already been targeted at the district's administration. Specifically, she said expensive positions like the deputy chief of innovation, which was created in 2015 and cost the district $162,225 in salary last year, would be eliminated.

But she said it would be difficult to further cut the administration's budget in areas like contracts because so much has been slashed already. Some of the district's contracts are essential and provide services like transportation for special education students.

"I'm not pursuaded we couldn't get more cuts from central," said board director Shanthi Gonzales, adding that the cuts now appear to be split about equally between the central office and school sites whereas earlier about two-thirds of cuts were focused on the administration.

The superintendent said the reduction in cuts to the central office was partly an effort to prevent layoffs of custodians, gardeners, and other jobs that would impact specific schools.

Like other recent OUSD board meetings about the budget, several hundred people showed up last night. But the board chose to hold their meeting in a small conference room with a maximum capacity of 60 people. Most attendees had to watch the meeting over a live video feed in a gymnasium. OUSD spokesman John Sasaki said the last minute change to a smaller venue was due to a conflict with a graduation taking place in the original meeting space.

The board also had a heavy security presence, with six police officers and four security guards guarding the stairway, elevator, and entrance to the room where the board meeting was convened.

Multiple students criticized the district's police department during the meeting, saying it takes up too much of OUSD's budget and that police officers in schools don't make them feel safe.

The school board will meet on Dec. 13 for a final vote that will determine layoffs and budget cuts.