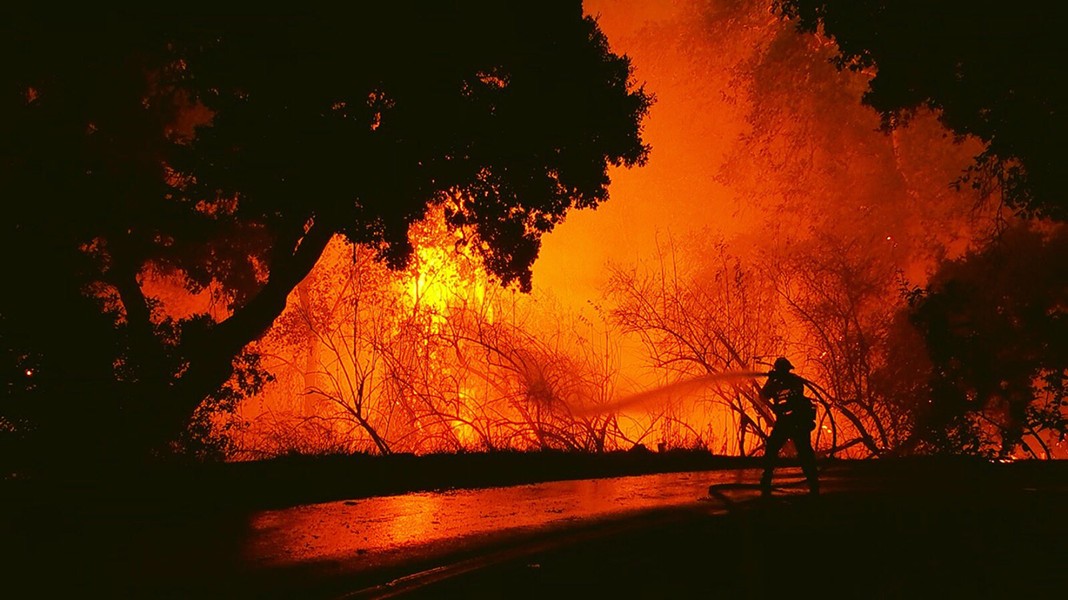 1. Firefighters are on track to contain two of the largest and most destructive Wine Country fires this week, the San Francisco Chronicle reports. Firefighters now have 70 percent containment on the deadliest blaze — the Tubbs Fire in Sonoma County — and 68 percent containment on the largest one — the Atlas Fire in Napa County. The death toll from the NorCal fires has reached 41, and there are at least 99 people still missing in Sonoma County alone. Rain is expected in the region later this week.

2. Because of northerly winds overnight, the Bay Area air quality is poor again today, after a respite over the weekend, reports Amy Graff of SFGate.com. Nonetheless, most school districts in the region reopened for classes today. Meteorologists are predicting that the region’s air quality will improve on Tuesday and Wednesday, thanks to onshore flows and the progress made by firefighters.

5. The first year of community college tuition in California will be free starting next year, under a law signed by Gov. Brown, reports Melody Gutierrez of the San Francisco Chronicle. The new law will save full-time students about $1,104 a year.

6. California is creating a third gender option — nonbinary — for driver’s licenses and state IDs for people who don’t identify as male or female, under a new law signed by Brown, reports Melody Gutierrez of the San Francisco Chronicle. The new law will take effect in 2019.

7. Also, beginning in 2019, pet stores throughout the state will only be allowed to sell rescue animals, under a new law signed by Brown, reports Mina Corpuz of the LA Times$. Pet store owners will face a $500 fine if they sell non-rescue animals. California is the first in the nation to pass such a law, which is designed to eliminate puppy mills.

8. Gov. Brown also signed legislation banning cities and counties in California from providing information to a national Muslim registry — should President Trump establish one, as he has said he plans to do, reports Jazmine Ulloa of the LA Times$.

9. And the south end of Big Sur reopened on Friday after Caltrans crews worked overtime to complete a new bridge over Pfeiffer Canyon, reports Kurtis Alexander of the San Francisco Chronicle. The southern section of Big Sur had effectively been cut off from the outside world since last winter when the old Pfeiffer Canyon Bridge was badly damaged by mudslides.