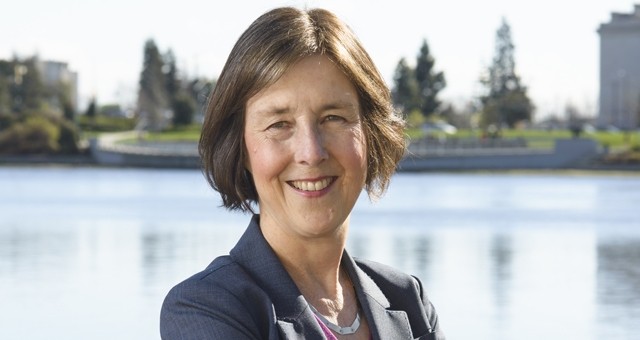 Frankie Guzman is a lawyer for the National Center for Youth Law who’s helped make major changes to the state’s criminal justice system and holds degrees from both UC Berkeley and UCLA.

But if you were to run a simple online background check on him, one of the first things you would see is a felony conviction for a robbery he committed decades ago, at the age of 15. For Guzman, this means he’s been denied housing and is ineligible for many government jobs despite being crime-free for years.

“People will treat you differently, people will assume things about you,” Guzman said. “You could be a husband with a good job and be crime-free and still be stigmatized for that record.”

But a new Senate bill that Guzman co-authored and advocated for could change that. SB 312, which passed through the California Legislature Tuesday, is set to pave the way for people to seal court records for crimes they were convicted of before they turned 17.

Proposed by State Sen. Nancy Skinner, D-Berkeley, the bill is intended to help eliminate hurdles to housing, and post-high school education that former youthful offenders often face. According to The Anti-Recidivism Coalition and the Commonweal Juvenile Justice Program, the bill could impact between 2,000 to 3,000 Californians with juvenile offenses.

“Every aspect of life has an obstacle in front of you if you have a record that you cannot seal,” Skinner wrote in a statement. “SB 312 establishes a fair system for past youthful offenders to demonstrate that they deserve a second chance.”

When Guzman first started looking for housing on his own after college, he said he was denied or ignored by nearly every landlord he tried to rent from. It was only when one of them called him to tell him they had concerns about the felony on his record that he realized his conviction was still showing up on background checks, even though he was convicted of the crime as a teenager.

His record was publicly available because of Proposition 21, a measure passed in 2000 that increased penalties for youthful offenders and barred the sealing of records for juveniles ages 14 to 17 for many felony offenses. In the voter information guide for the 2000 ballot, the argument in favor of the proposition promised that the measure would “protect Californians from criminals who don't respect human life.”

In order to reverse portions of Prop 21, SB 312 required a two-thirds majority to pass in both houses of the legislature. Although it faced some criticism on the Senate floor as a bill that would let people who committed serious crimes in their youth, like murder, off too easy, it gained the necessary votes in both the Assembly and Senate to be sent to Gov. Jerry Brown's desk.

Guzman stressed that harsher punishments for juvenile offenses often do more harm than good and do not take into account rehabilitation or the increased maturity that comes with age.

With the passage of SB 312, a past offender must be crime-free and show rehabilitation in order to petition to have their records sealed.

The bill, Guzman noted, means that people who have turned their lives around can move up in the world and not have to face permanent consequences for a crime they committed in their youth.

“Kids are kids,” Guzman said. “We should not be punishing them for their entire lifetimes.”