However, campus officials say they've received no confirmation that the speaking event will take place. 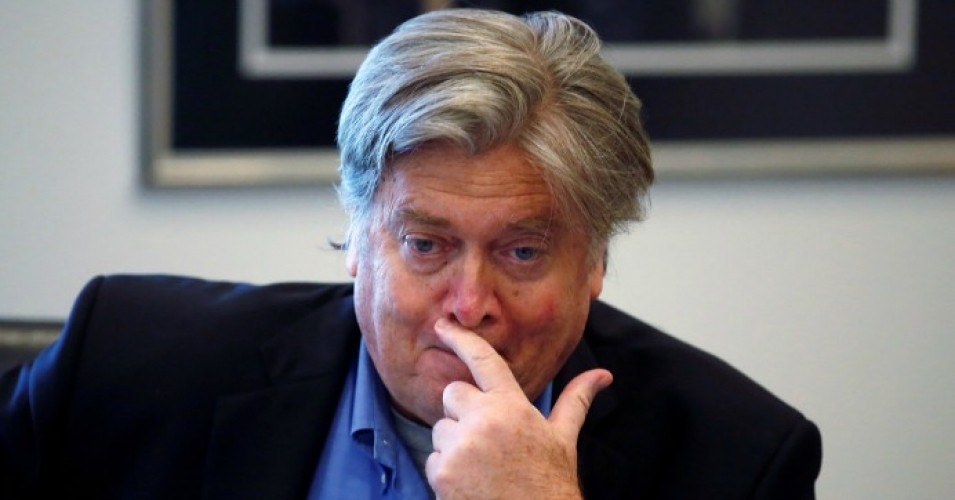 News broke last month that the Berkeley Patriot, a conservative UC Berkeley news outlet, had invited Bannon to join “Free Speech Week,” which is slated to begin Sept. 24 and is scheduled to also feature Milo Yiannopoulos and right-wing commentator Ann Coulter as speakers.

In a statement, Yiannopoulos wrote that Bannon would also be appearing alongside 20 other speakers that have yet to be announced.

“Uncle Steve was the force behind Trump’s election victory and much of his initial policymaking,” Yiannopoulos wrote in the statement. “Nothing could be better for the leftists who oppose Trump so vehemently than a lesson in the logic behind Trump’s actions, direct from the architect of his policies.”

Pranav Jandhyala, an editor for the Berkeley Patriot, said his organization has been working with the campus, the police department, and the state government for months in preparation to host Bannon.

“We’re excited the opportunity to host someone like Steve Bannon, a speaker of that caliber is amazing for us,” Jandhyala said. “He’s one of the most coveted speakers out there.”

But campus spokesperson Dan Mogulof wrote in a statement that the campus can't confirm when or if Bannon and the other speakers will appear on campus. He noted that none of the speakers invited for Free Speech Week has connected with the campus to discuss security arrangements and that rental fees for venues have not yet been paid.

“Simply put, the [u]niversity cannot provide the security and support the student organization has requested, and the campus wants to provide, if we do not receive the essential information,” Mogulof wrote in a statement. “The group’s failure to meet important deadlines is making it increasingly difficult to ensure a safe and secure program.”