Plus, the ACLU sues to block President Trump’s ban on transgender people in the military. 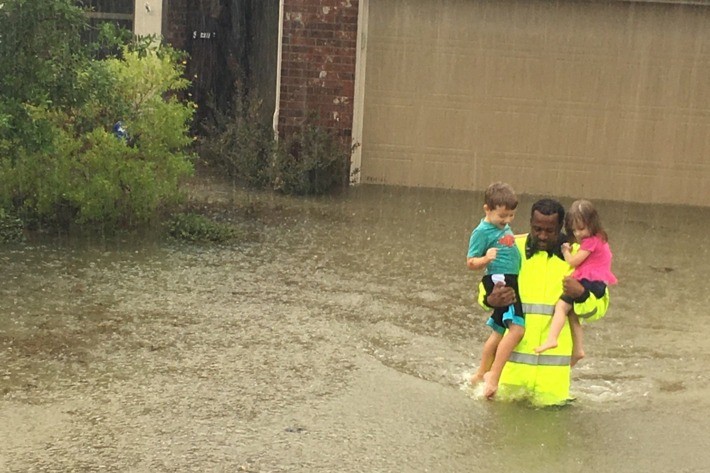 1. Oakland firefighters are heading to Houston as part of an emergency response to the massive flooding from Hurricane Harvey, reports Dianne de Guzman of the San Francisco Chronicle. Gov. Jerry Brown approved the emergency response in which Oakland firefighters will join those from Menlo Park and other California cities. Houston and nearby Texas cities and towns have experienced record-breaking rainfall since Harvey, a monster category 4 hurricane, struck early Saturday. Some areas have already received up to 40 inches of rain and much more is expected this week. Five people have died in the storm and the death toll is expected to rise.

2. Piedmont Mayor Jeff Wieler stepped down from his position on Sunday, just one day before the city council was expected to remove him from the mayor’s office because of bigoted posts he made on Facebook, reports Michael Cabanatuan of the San Francisco Chronicle. Wieler says he intends to remain on the council until his term ends in November 2018. He stirred outrage after he posted that “transgenders are mentally ill” and “Black Lives Matter encourages cop killing” on Facebook.

3. The ACLU has sued to block President Trump’s ban on transgender people serving in the military, contending that it’s unconstitutional, the AP reports. Trump directed the U.S. military in an order last week to prohibit transgender people from serving.

4. Ranking House Intelligence Committee member Adam Schiff, D-Calif., said President Trump’s pardon of former Arizona sheriff Joe Arpaio, who was convicted of racially profiling people, could impact the Russia collusion investigation, Politico reports. Schiff noted that Trump surrogates and family members may no longer be inclined to cooperate with investigators, under the assumption that the president will simply pardon them.

5. And the Washington Post$ reports that Trump’s business was seeking to build a Trump Tower in Moscow and looking for favors from the Russian government while he was running for president.