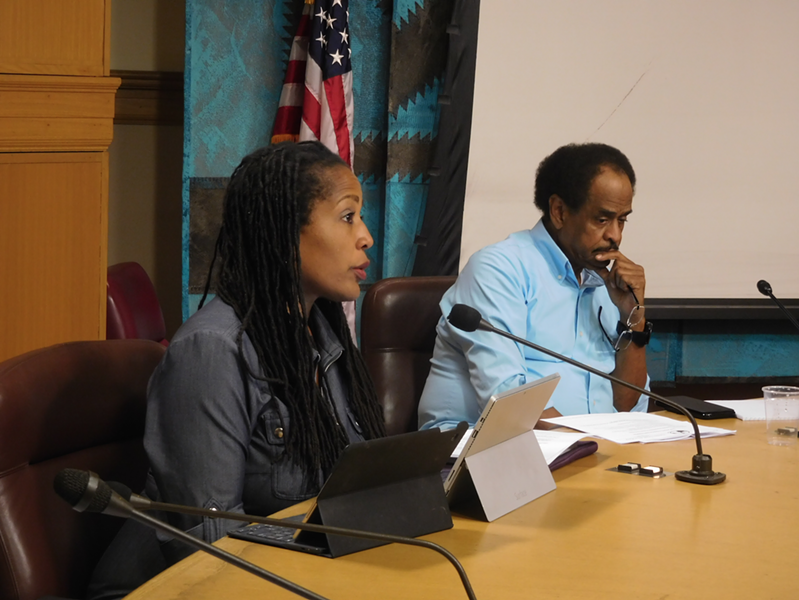 The Community and Economic Development Committee voted unanimously in favor of Councilmember Rebecca Kaplan's request to have the city's rent board study the problem and come up with solutions that will better protect renters.

According to tenants and tenant attorneys, there has been an uptick in the number of fraudulent owner move-in evictions in Oakland in the past half year, and some landlords have also pretended to live in small apartment buildings (under three units) to gain exemption from rent control and just cause eviction protections. This allows them to get rid of tenants they don't like and increase rents by any amount.

"I'm thrilled we are able to move forward on this important and growing problem of potentially false over occupancy evictions," said Kaplan after the hearing. 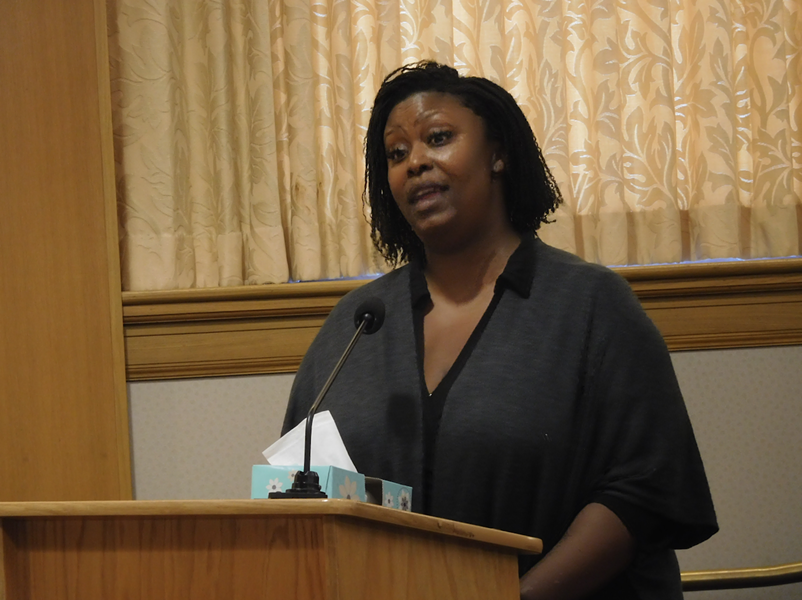 Karna Leggett, a lifelong Oakland resident, told the councilmembers that her landlord told her and her elderly father, who has dementia, to move out last year so they could renovate the duplex the share. After she refused, the landlord claimed she and her father needed to move out because one of the owner's children planned to move into a unit. Leggett lives upstairs and her father, who has lived in the building since 1977, occupies the downstairs unit.

She fears that if she moves out, her father's rent will be increased to an amount they can't pay. If he's displaced, she thinks his health will worsen.

Jonah Strauss of the Oakland Warehouse Coalition said that the referral of the owner move-in exemption to the rent board is a good move. He said Oakland should adopt strong rules like those in Berkeley, and that if a landlord does carry out an owner move-in eviction they should be required to pay a "substantial" amount to help their tenants relocate.

Strauss also said that the owner occupancy exemption to Oakland's just cause eviction rules should be repealed by ballot measure.

James Vann of the Oakland Tenants Union said the original language of Measure JJ, the ballot measure that strengthened rent control and just cause last year, included language to close the owner move-in and owner occupancy loopholes. But the renters rights organizations backing the measure removed this provision with the understanding that small Oakland landlords needed more control over their apartments.

"However, the abuses continue," said Vann, who advocated for strong oversight and penalties against bogus owner move-ins. Representative from two of Oakland's landlord advocacy groups said they weren't opposed to having the rent board study the problem and propose solutions.

But Greg McConnell of the Jobs and Housing Coalition said that changing the law "is not the simple little fix some think this might be."

Nevertheless, he said that "if someone evicts and claims owner occupancy and they don't move in, that should unleash fins that make the tenant whole."

Jill Broadhurst of the East Bay Rental Housing Association also said she supports having the rent board consider revising the law. But she cautioned against drastic changes and challenged the council to actually come up with statistics showing that fake owner move-ins and owner occupancy abuses are actually occurring in large numbers.

"For every story you see," she said about several renters who testified to the council during the public hearing about their problems, "imagine an owner who is hurting." According to Broadhurst, many small landlords have difficulty staying afloat with too many regulations affecting how they can operate their properties.

Councilmember Lynette Gibson McElhaney replied by noting, however, that many Oakland renters simply don't report abuses by their landlords, choosing instead to simply move out, and move on.

The recommendation to have the rent board now goes to the full council for final approval. Both landlord and tenant advocates are expected to heavily lobby the rent board when it eventually considers what changes should be made.