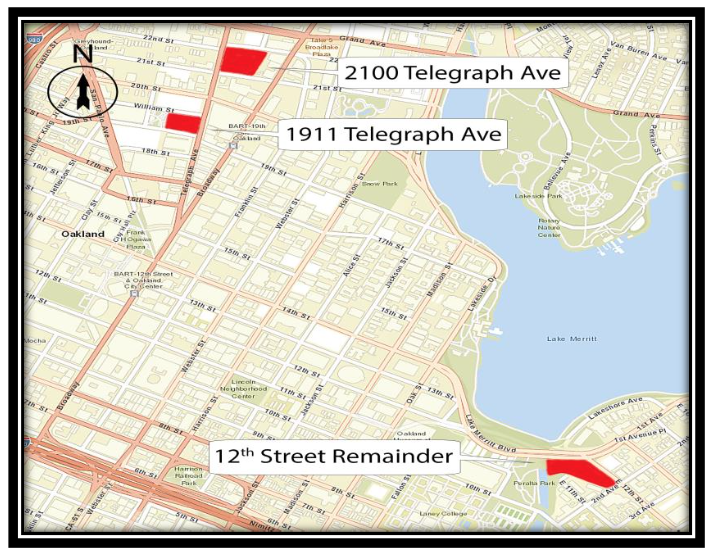 According to the Grand Jury, Oakland officials do not properly notify the public through city council agendas when they’re discussing the sale of a city-owned property, keeping the public in the dark about ongoing deliberations.

The Grand Jury concluded that "the city’s misuse of closed sessions in discussing development of city property is a systemic problem."

Furthermore, the councilmembers and city staff don’t report on the substance of their private conversation to the public, which frequently includes matters such as "project vision, project scope, feasibility issues, community benefits, and selection of a developer" — all of which should be discussed in a public meeting, according to the Grand Jury. Furthermore, opportunities for members of the public to provide input on the deals is extremely limited.

The Grand Jury also found that individual councilmembers frequently hold private, one-on-one talks with the same developers the city is negotiating with. The city has no rules prohibiting these discussions, nor any requirement the contacts be disclosed to the public. As a result, the Grand Jury wrote that it is "concerned that private discussions during the pendency of the selection process favor well-connected developers, and make the process vulnerable to undue influence, or at least the perception thereof."

The Grand Jury is recommending that Oakland update its practices to comply with the Brown Act (the state's open meetings law) and the city's Sunshine Ordinance, and also require councilmembers to disclose when they privately meet with developers who are seeking public real estate.

Oakland's City Attorney did not immediately respond to a request for comment on the Grand Jury Report. The city administrator's office replied to an email that the city council will be preparing a response to the Grand Jury report.

"Backroom deals that exclude our communities have resulted in land use decisions that don’t serve existing residents and negatively impact Oakland’s vulnerable residents," said Ernesto Arevalo, an East Oakland resident who is part of a coalition of community groups that have been asking the city to develop a comprehensive public lands policy for several years now.

"We need more community representation in development, not developer lobbyists and or backroom deal making," said Arevalo. "And by stripping the public of its rightful role in this process, the [city] has spawned lopsided deals which only accelerate the mass displacement of marginalized Oaklanders."

The city has 90 days to respond to the Grand Jury’s findings and recommendations.