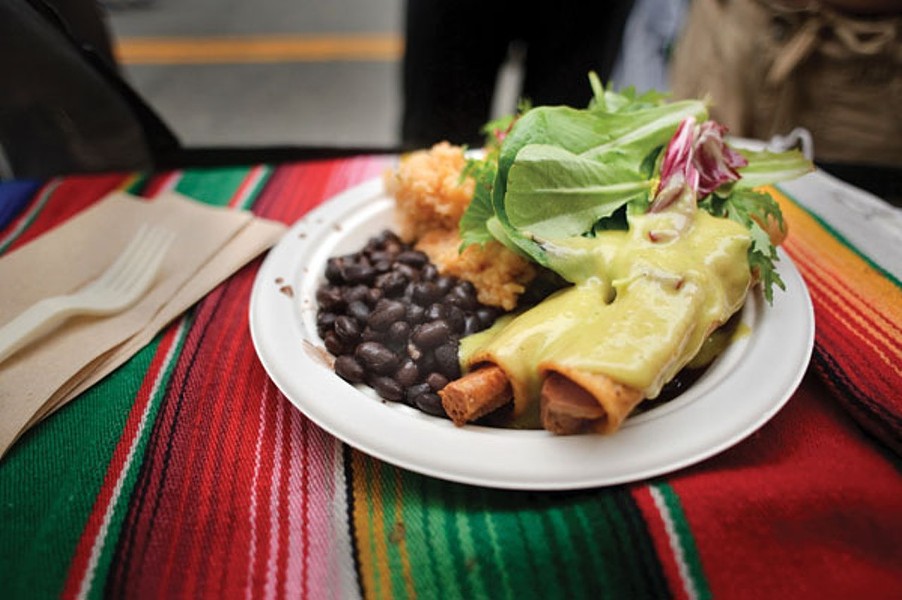 Last Thursday, at a Zoning Adjustments Board meeting in Berkeley, a new housing development was proposed for the intersection of Adeline Street and Ashby Avenue. If successful, the construction of this new building will mean much-need new housing — but also the demolition of Flacos, a popular vegan Mexican restaurant.

The building, designed by Moshe Dinar and owned by Nathan Magganas, is proposed to be a five-story, mixed-use, residential and commercial building, with 42 units, 38 parking spaces, and 4,324 square feet of ground-floor commercial space.

Magganas says that he and Dinar want Flacos to operate out of their ground-floor commercial space, saying that they would be “very proud” for Flacos to make use of a brand new facility in a new building.

But Danny Sampaga, a Flacos employee, expressed reluctance and uncertainty about whether Flacos would agree to move into the new building, or where the business would go during the construction period.

“We would have to restart again, and we’ve been here for seven years,” Sampaga said. “If the city says okay, what can we do?”

Berkeley development standards limit all new constructions to a maximum of three stories, so Dinar and Magganas are currently in the process of acquiring permits to exceed this height limit.

At Thursday’s meeting, Dinar initially proposed two units of affordable housing, but mentioned that he was open to building more.

Board member John Selawsky said that the city might be reluctant to grant permits for two extra floors if the entire building includes only two below-market-rate units, and that he would like to see as many as 10. Magganas, however, said that the maximum number of affordable housing units they would be able to build is six. To build more than that, he said, would not create enough revenue to support their construction budget.

“In order to be able to build affordable units, the market rate units have to be built more,” Magganas said. “We try to have as high of a number as possible, but sometimes it’s not so easy. Trying to meet everyone’s concerns and expectations costs money.”

Altogether, the new development is projected to cost well over $2 million. If they get approval from the city, Magganas says it will take around 10 months to complete construction.