ACT for America, which the Southern Poverty Law Center has designated as an anti-muslim hate group, showed up on Saturday morning in cities nationwide, dubbing its protest a "March Against Sharia." Berkeley was spared, but the group appeared in nearby Santa Clara, and in Roseville, a suburb of Sacramento. Upward of 300 ACT demonstrators and President Trump supporters occupied a small mound of grass in front of a BJ's Restaurant and Brewhouse at the intersection of Roseville Parkway and Galleria Boulevard about two hours from the Bay. Rally attendees held signs that cited women's rights and the safety of children as the catalyst to their concerns with the Muslim community. Across the street, at an open-air shopping mall called the Fountains, a counter-protest took up two blocks, with nearly 800 people representing ANSWER, Indivisible, and other organizations opposing ACT's rally, which they called Islamaphobic. Despite high tensions, the event saw no violence. Here are pictures: 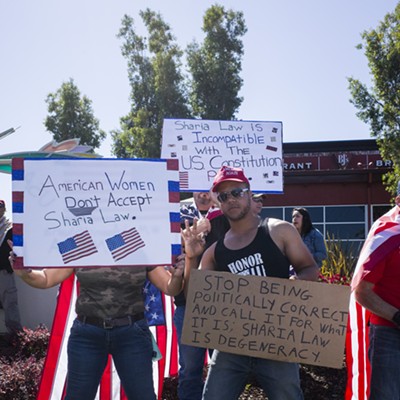 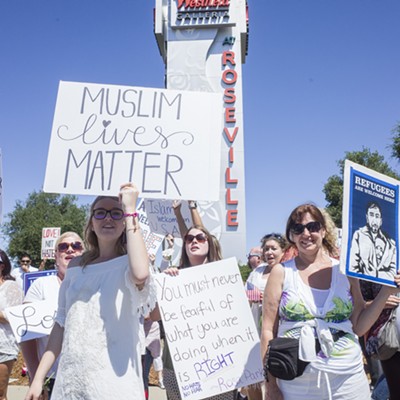 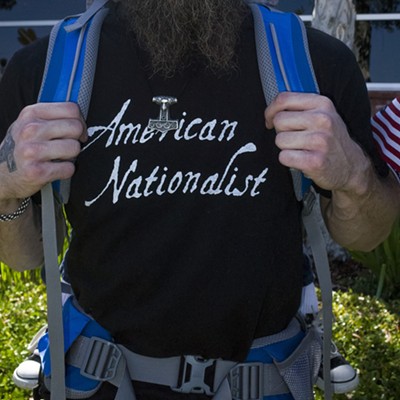 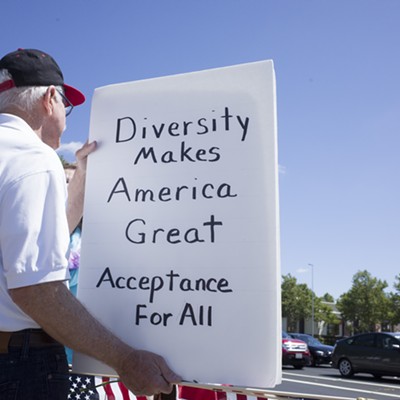 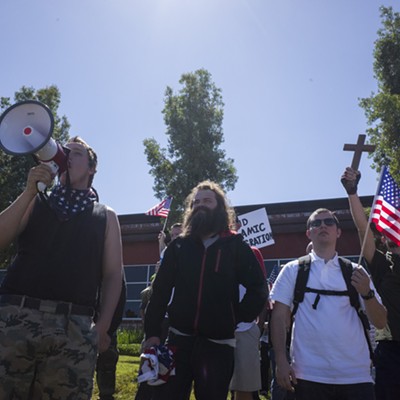