Hayward Police Chief: There Is No Video of Fatal Police Shooting of 16-Year-Old Elena Mondragon

The lack of video in the case frustrates the family who believe the shooting was an unjustified use of force by the police.

Mondragon's family says the Fremont detectives weren't wearing police uniforms and were driving an unmarked car when they tried to stop a vehicle that Mondragon was a passenger in. Police say the vehicle was wanted as part of an investigation into a string of violent armed robberies and that the driver tried to back into the detectives who then opened fire, killing Mondragon in the process.

According to the Fremont Police Department's use of force policy, officers should not shoot into moving vehicles:

"Shots fired at or from a moving vehicle are rarely effective. Officers should move out of the path of an approaching vehicle or any of its occupants. An officer should only discharge a firearm at a moving vehicle or its occupants when the officer reasonably believes there are no other reasonable means available to avert the threat of the vehicle, or if deadly force other than the vehicle is directed at the officer or others."


Koller also said that at least one of the Fremont detectives was wearing a body camera and attempted to turn it on during the incident, but was unable to. The police car had no dash camera to record the incident. Furthermore, Koller said the apartment complex didn't have security cameras capable of recording the incident. 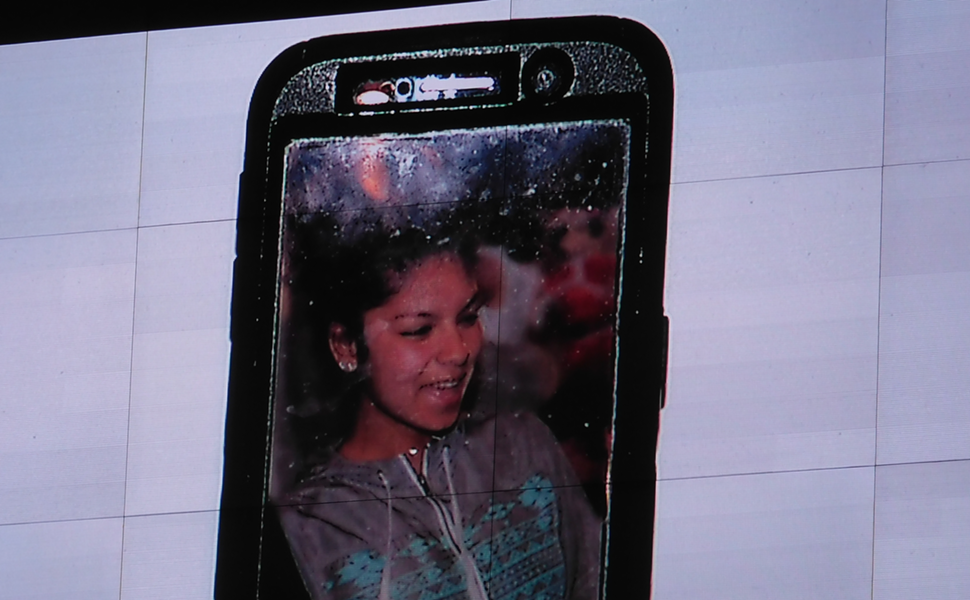 His comments were in response to questions raised by Mondragon family about what really happened that afternoon.

"We're not here to blame anybody," Miguel Minjares, the uncle of Elena Mondragon, told the Hayward City Councilmembers last night. "We just want accountability and the truth."

Minjares said officials should release evidence in the case, including any videos, witness statements, autopsy and medical reports, and the identities of the officers who killed Mondragon.

Evelina Minjares, Elena's grandmother, said the killing has affected her daughter and grandchildren. "It seems like as the days go by things are being covered up," she told city officials last night.

Koller said his department "will remain transparent," but added that there are still witnesses to be interviewed and evidence that needs to be processed, and until multiple law enforcement investigations are complete, his department won't make records public. He also said the Alameda County District Attorney's Office is officially leading the investigation of the shooting. "The police are not investigating the police," he said.

Hayward City Manager Kelly McAdoo said, however, that as the city obtains information if will "share it with the family and the community."