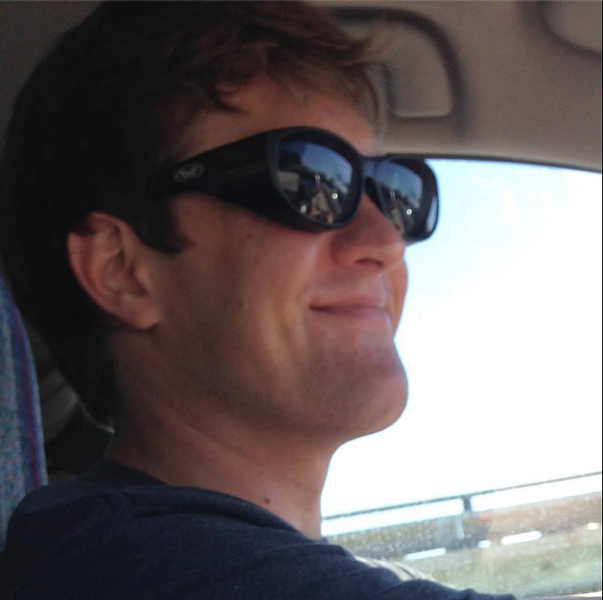 Jesse Enjaian, a 32-year-old computer science engineer, died in Highland Hospital yesterday after a bizarre standoff where he fired a .22 caliber rifle at his East Oakland neighbors, a news helicopter, and Oakland police officers.

No one besides Enjain – who was arrested after being shot by the police – was injured.

Records obtained by the Express, however, reveal that the Oakland police had responded to two reports of gunfire involving Enjaian in the past eight days. The police did not arrest or detain him on either occasion, despite physical evidence and witness statements.

What's more, neither shooting appears in the official daily log, which is released by OPD. Only the Friday shooting that ended in Enjaian's death is noted — even though all three were documented by officers.

According to police records, the first shooting occurred on Friday, February 10. Officer Brent McCord received a dispatch call for suspected gunfire in the vicinity of Enjaian's house, at 9512 Las Vegas Avenue in East Oakland. Upon arriving, McCord noticed a gray Lexus sedan with a bullet hole in one of its windows.

Two other officers, Yusuf Ghazi and Timothy Latibeaudiere, arrived on the scene and helped McCord recover five .22 caliber shell casings from the front yard of 9512 Las Vegas Avenue. These casings were booked as evidence.

At the scene on Friday, the owner of the Lexus approached Officer McCord and told the him that his vehicle had been shot up while he was at a gathering with family and friends down the street.

Another woman who spoke with Officer Latibeaudiere said she only heard gunfire and not seen it, but told the him that Enjaian was the occupant of 9512 Las Vegas Avenue, where they found the casings on the porch. McCord's entire canvas of the scene on February 10 was recorded by his body-worn video camera. Shotspotter did not record the sounds of gunfire.

The next morning, Officer McCord went back to Las Vegas Avenue around 10 a.m. and spoke with the same woman. She told the officer she believed that her neighbor was the shooter, and pointed at Enjaian, who was mowing his front lawn.

McCord wrote in his report that, when he approached Enjaian, the 32-year-old "was very hostile and stated 'get off my property' and 'I won't speak to you unless I have my lawyer present.'"

At that point, McCord broke off contact with Enjaian. Dispatch records indicate McCord did not believe there was sufficient probable cause to arrest him.

Yet three days later, there was another report of a car shot on the 9500 block of Las Vegas Avenue.

According to police records, Officer Victor Garcia was sent to investigate. When he arrived, he was contacted by a man who had been sleeping in his car. With his body-worn camera activated, Garcia interviewed the man, who said gunshots shattered the front passenger window. The man ran out of his car and, searching for help, noticed a man standing outside of his home.

The man ran toward Enjaian's house, asking for help. Enjaian, who was already behind the security gate, allegedly yelled "Get the fuck away from my door you fucking nigger! Yeah, I shot your window and I got my gun right here!" this according to witness statement.

The man who was sleeping in the car ran away from Enjaian's house, calling for help. He told Officer Garcia that he had seen an object in Enjaian's hands, but wasn't sure if it was a gun.

Other officers arrived on the scene, and took the victim to OPD's Seventh Street headquarters for interviews with the Criminal Investigations Division.

The ranking official at the scene, Sergeant Millie Oliver, told officers to "clear the scene in order to avoid contact with Enjaian to prevent further escalating the situation and to wait for the warrant before making contact," according to police records. No evidence technicians were called to the scene, nor was an evidence canvas conducted.

No warrant was issued for Enjaian's arrest, nor was there a search of his house.

Officer Garcia's summary of the incident, however, is unusual: His statement suggests in very candid terms that Enjaian committed a felony: "Based on my initial investigation it appears that [Enjaian] shot at least to rounds from an unknown firearm at [the victim's] vehicle as he slept in it," Garcia wrote. "Enjaian went back into his house as [the victim] not knowing [Enjaian] was involved asked for his help. Enjaian told [the victim] to get away from his door and admitted to shooting his window out and being armed with a gun."

While in law school, he was investigated by University of Michigan police for stalking a female student. He lost a lawsuit in 2014, in which he claimed his Fourth Amendment rights were violated when police seized his computer. He lost another lawsuit claiming he was defamed by the National Law Journal for publishing a story about the stalking allegations.

In recent days Enjaian, who is white, made several social-media posts laden with racial overtones. According to Twitter records that were published by Heavy.com, he tweeted on January 26: "So it's true...Mexicans do burrow like wet rats." The Twitter account has since been suspended by Twitter.