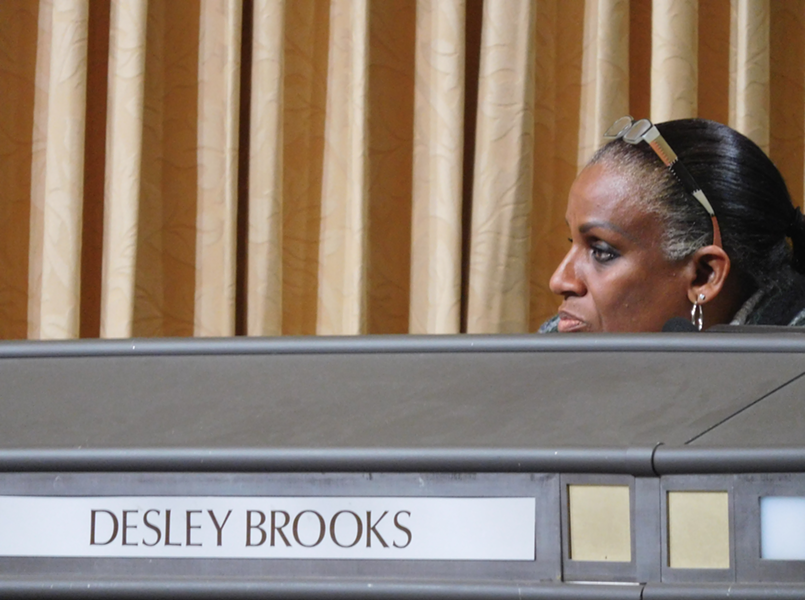 In a surprise move, the Oakland City Council voted Tuesday night not to renew two contracts with the court-appointed monitor and compliance director who oversees the city's troubled police department.

The agreements – one with Police Performance Solutions and another with Warshaw and Associates – were to be renewed for a full year and would have cost Oakland a combined $887,076.

Instead, the council voted to extend the contracts by only two months. The monitor's work and contracts will be reviewed at a future public safety committee meeting before any further extension. The council passed the substitute motion unanimously.

Councilmember Desley Brooks was critical of the contracts and questioned the monitor's contributions to helping the department.

"The reports that have been given lately are cut and paste," she said about the monthly updates written by Police Performance Solutions that are supposed to examine whether the police department has fulfilled different tasks listed in the Negotiated Settlement Agreement, which Oakland entered into in 2003 as a result of the Riders police misconduct scandal.

"We aren't getting any analysis of whether or not the work that is required under the contract is actually being done," she said. "We're just being asked to reauthorize and reauthorize these contracts."

Brooks said an in-depth review at the public safety committee, which she chairs, is necessary.

The reform effort has cost the city tens of millions. Oakland has paid Police Performance Solutions $5,969,320 since 2010, according to city records. And the city has paid an additional $495,000 to Warshaw and Associates since 2014. On top of this, Oakland has spent millions more on legal counsel and contracts with previous monitors and compliance directors in its almost 14 year-long attempt to comply with the NSA.

Both Police Performance Solutions and Warshaw and Associates are owned and operated by Robert Warshaw, a retired police chief from the Rochester Police Department.

Brooks said that despite paying the monitor about a million a year to supervise OPD, the council has been left in the dark about recent police scandals such as the sexual exploitation of the teenager known as Celeste Guap, as well as incidents like the alleged drunken home invasion committed by a rookie cop and his sergeant in 2015. She wondered aloud at the council meeting why the monitor wasn't aware of these incidents earlier also.

"I tend to agree it needs to go to committee," Councilmember Gallo said in concurrence with Brooks. Gallo said the council needs to make sure it is "not just wasting taxpayer dollars."

Jim Chanin, one of the plaintiffs' attorneys in the Riders lawsuit who works with the city and the court on the NSA reforms expressed concern about the council’s move.

"The council needs to recognize that this is not a normal employee but rather an officer of the court," Chanin said about the monitor and compliance director. "Anything they do should hopefully be in close consultation with the court and the plaintiffs attorneys. I hope the city is working with the court on this because it would be a shame to have distractions when we’re so close to compliance."

Councilmember Gibson McElhaney also voiced support for Brooks' motion to subject the monitor's work to greater scrutiny. She added that the recent news of U.S. District Judge Thelton Henderson's retirement could have an impact on the city's negotiated settlement agreement, and on any future police monitoring contracts.

According to the monitor's status report filed in December, the Oakland police have fulfilled most of the requirements under the NSA except for several crucial tasks such as ensuring internal affairs investigations of officer misconduct are properly carried out.

After news of the sex crime scandal broke last summer, many questioned the apparent progress OPD had made fulfilling the terms of the NSA.

Last year, attorneys Chanin and John Burris said they felt that the sex crime scandal exposed serious shortcomings in OPD's recruitment and training programs and that they were considering asking Judge Henderson to possibly place these OPD functions in court receivership. Since then, Chanin said the department has shown a genuine effort to address shortcomings in these areas.

The city also hired a new police chief earlier this month, Anne Kirkpatrick, who most recently worked on the Chicago Police Department's reform program. And Oakland is set to establish a police commission that will have investigative and disciplinary powers over OPD. How these new leaders and authorities will impact OPD's ability to complete its court reform program remains uncertain.