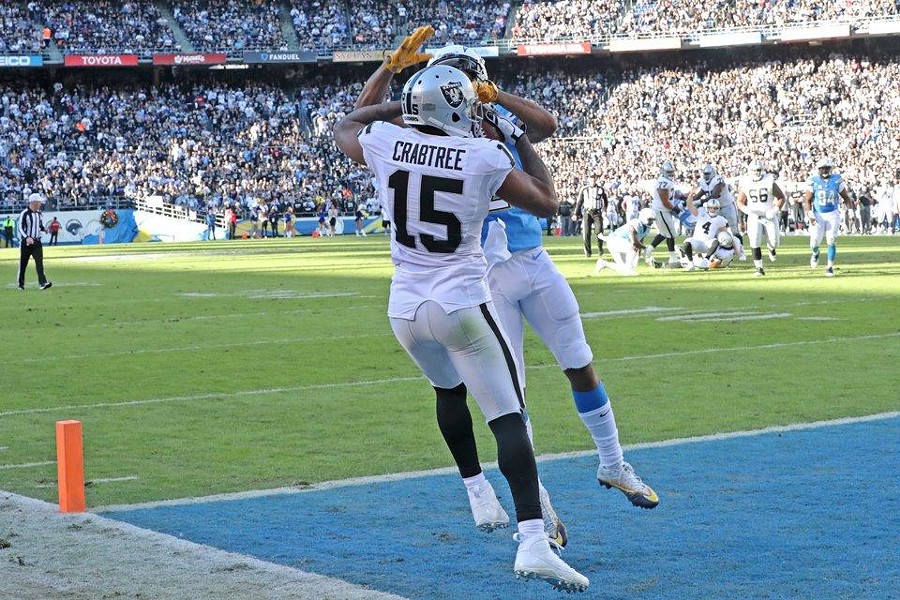 It's unclear whether the Oakland Raiders will be moving to Las Vegas — but the Silver and Black is definitely going to the playoffs for the first time in 13 seasons.

In true 2016 Raiders fashion, Oakland grinded-out a sloppy win in San Diego this afternoon, topping the Chargers by a late-game field goal, 16-13.

The Raiders now hold sole possession of first place in the AFC West. If they win their remaining two games, they would take the division and also earn a first-week bye in the playoffs — and host a postseason game at the Coliseum.

The game was by no means flawless. The Raiders struggled in the red zone again, including two turnovers inside the 20 yard line in the first half, and a botched first-and-goal effort in the second.

It' clear that running the pistol in the red zone isn't working for Derek Carr and Co., as this is the third-straight game where the offense didn't get things going when sniffing six.

Early on, it also looked like the Chargers came to win, especially after the Raiders were burned early, on a deep ball by Philip Rivers to Travis Benjamin for 47 yards. In general, though, Raiders D was locked in, including two sacks by Bruce Irvin. And the defense held San Diego to only four of 13 on third downs, and just 73 rushing yards.

The Raiders owned the line of scrimmage on offense and as a committee ran at-will for 146 yards.

Replay helped the Raiders twice, first reversing a Michael Crabtree touchdown reception, and later giving Carr a crucial first down on a scramble.

And, in the end, the Raiders showed poise, grit, and discipline (just two penalties for 15 yards all day).

Next up, Oakland will host the surging Indianapolis Colts on Christmas Eve.