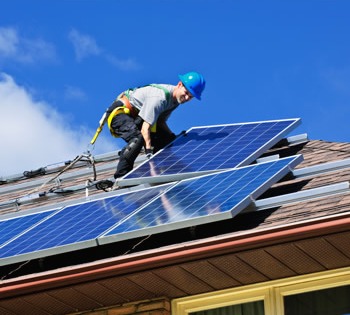 Donald Trump, perhaps the most conflicted, verbally abusive, narcissistic, misogynistic, unqualified man ever elected president of the United States, has a lot of Californians feeling like the end times are near. However, progressive ideas are gaining traction in state and local politics. This week, the Oakland City Council will discuss several.

State of Refuge: Since Trump declared victory, Bay Area sanctuary cities have repeatedly reassured their residents that they won't facilitate any federal efforts to punish undocumented immigrants solely because of their citizenship status. Oakland is going one step further. At tomorrow's city council meeting, the council will discuss a resolution that urges Governor Jerry Brown declare California as "state of refuge" and to use California's economic and political clout to push back against anti-immigrant policies.

Green Energy and Jobs: It's been over a decade in the making, but Alameda County is finally setting up a massive green energy program that could create thousands of high-wage jobs in the East Bay. The kicker is that electrical bills will be lower than what PG&E currently charges, according to a feasibility study completed by the county.

The program is called community choice aggregation. Under a CCA, participating cities will automatically opt-in their ratepayers, including homeowners and businesses. Then the CCA — a public authority called East Bay Clean Energy, which the county set up last October — will purchase energy on the open market, circumventing PG&E, but still using the utility company to bring electricity to people's homes and workplaces. The result is that East Bay Clean Energy can use ratepayer revenue to purchase cleaner energy, or to even fund local, clean energy projects like solar and wind, or efficiency upgrades. This could put Alameda County on track to source as much as 80 percent of its power from renewable sources by 2021.

Oakland's city council will discuss whether or not to join a county-wide CCA on Tuesday night. Looming over all this is Trump's promise to reinvigorate the fossil fuel industries, coal in particular, and reverse the Obama administration's efforts to slow climate change.

Public Bank: Earlier this year, after Wells Fargo's vast bogus account scam was uncovered, governments from the city of San Francisco to Pennsylvania's state treasurer announced their intention to stop doing business with the banking giant. Oakland doesn't currently bank with Wells Fargo (in 2014 the city gave its business to another giant lender also accused of breaking the law, Chase), so there's nothing to break off.

But Oakland councilmembers Rebecca Kaplan and Dan Kalb want to go a step further than just cutting business ties with big banks like Wells Fargo. They want Oakland to look into the feasibility of starting a public bank. A public bank could, among other things, fund affordable housing projects, invests in local and small businesses, and finance other economic activities that further public policy goals.

There are only a few existing public banks in the United States. The biggest is the Bank of North Dakota. The cities of Santa Fe and Philadelphia are also considering incorporating a public bank. The council will discuss public banking on Tuesday night.