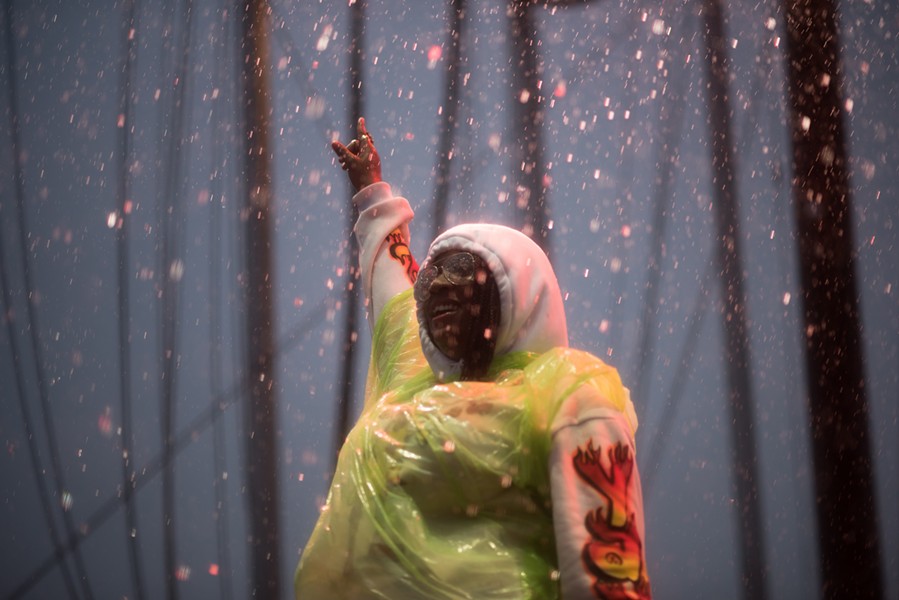 Pummeling rain and heavy winds caused multi-hour delays — and more than a little bit of confusion — at today's Treasure Island Music Festival. But the skies eventually cleared and the show did go on.

The rain and 20-plus MPH winds arrived just before 4 p.m. This delayed Atlanta rapper Young Thug's performance from 4:15 p.m. to after 7 p.m. Flight Facilities also canceled its set. And headliner Ice Cube was rescheduled from 9:25 p.m. to 11.

Concert-goers grew frustrated during the storm. There were lots of complaints on Twitter about lack of updates, and many left the festival altogether. TIMF did allow re-entry into the grounds for those who decided to seek shelter.

Oakland's Kamaiyah took one for the team and came out for a second performance of the day during the epic downpour. 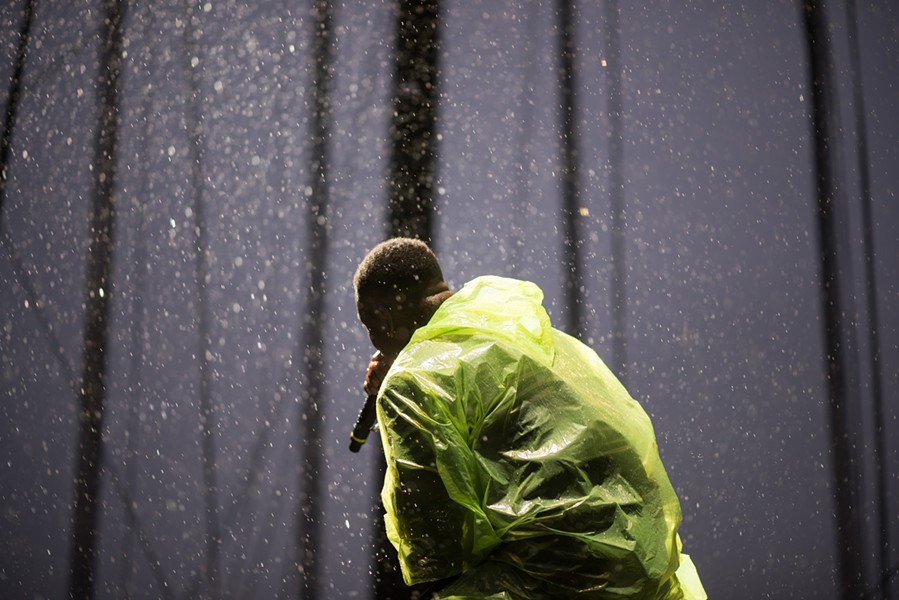 Puddles and mud ruled the grounds after the rain, but organizers extended the festival until midnight, and nearly all scheduled acts were able to perform.

The festival continues tomorrow — and bring a poncho if you're attending, because the forecast is for even more rain.

Look for more thoughts on TIMF in this week's Express.