Dan Kalb appeared in a video ad supporting Measure LL.
The Oakland Police Officers Association is paying for an expensive ad campaign against councilmembers Dan Kalb and Noel Gallo. The police union disclosed in campaign finance statements last week that they have already spent $12,800 on a mailer opposing Kalb, the incumbent District One councilmember, and the police union has spent even more on a mailer targeting District Five Councilmember Noel Gallo — $16,800.

No one has seen contents of the mailers yet, but in the past OPOA has been known to spend large sums on attack-style ads aimed at Oakland politicians who are critical of the police.

Kalb and Gallo co-sponsored Measure LL which, if approved by voters on November 8, will create a powerful police oversight commission. The Oakland police union vigorously opposed the police commission legislation, but the police sex crime scandal which came to light earlier this year caused the city council to vote to put the measure on the ballot.

Kalb said, however, that he's baffled by the police union's independent expenditures against him.

"I’ve generally been pro-police in terms of building up size of the force, wanting to pay them good wages and give them a good benefits package, and I took lead trying to get more crime investigators," Kalb told the Express.

But he said he can't turn a blind eye to the police department's problems. "I want to see a civilian oversight commission as part of the solution," Kalb said. 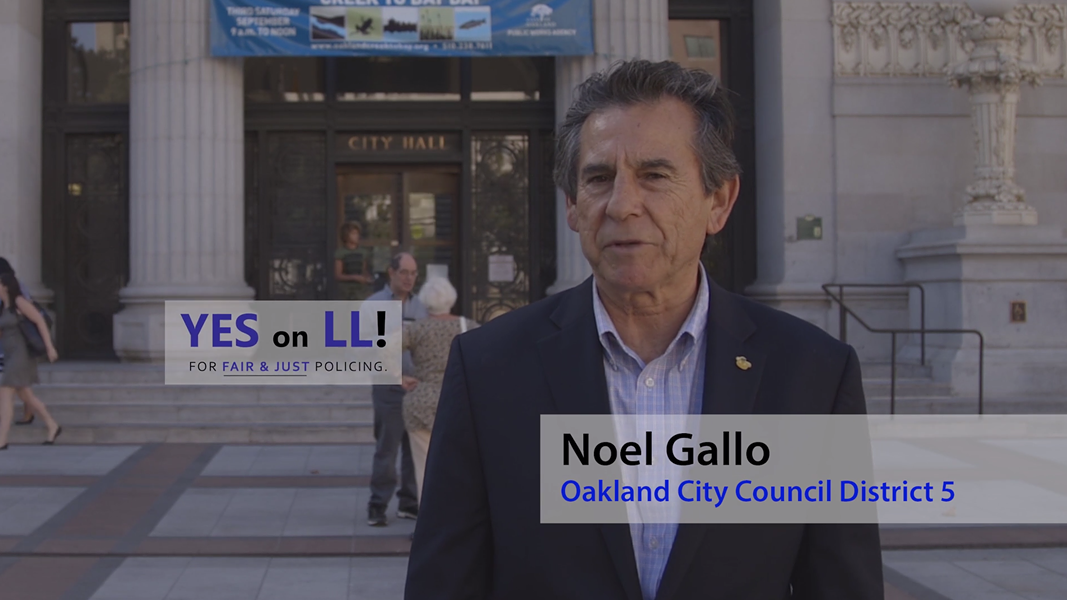 Gallo also has a record of supporting the police department and law-and-order legislation. For example, in 2013 Gallo supported a youth curfew as a crime fighting tactic. He has supported increasing the department's budget to add more officers and give cops more resources. But Gallo played a leading role in supporting the police commission ballot measure and placing it on the ballot.

The police officers' union appears intent on punishing Gallo for this.

His opponent, Viola Gonzales, has been endorsed by the Oakland Police Officers Association. The police union also made a direct $1,400 contribution to her campaign. Gonzales opposes Measure LL.

The Oakland Police Officers Association has $100,000 in cash to spend before the election, according to city records, but the union hasn't come out directly against Measure LL, only against its sponsors.

On the pro-Measure LL side, the Coalition for Police Accountability has raised $16,000 so far this year, including a $5,000 contribution from the Service Employees International Union last Friday.

Rashindah Grinage, a member of the Coalition for Police Accountability, said Kalb and Gallo's campaigns pose a "test" for Oakland voters.

"Do the councilmembers represent us," she asked, "or do they represent bargaining units like the police union, most of who don't live in Oakland, and who have their own interests in mind rather than the community’s?"

The Oakland Police Officers Association didn't respond to a request for comment for this report.