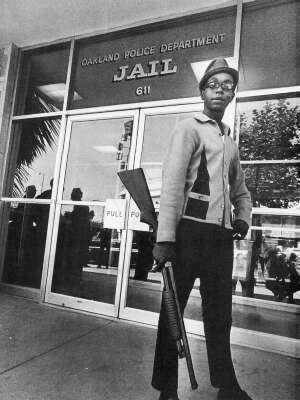 Finding a New Police Chief: Oakland is searching for a new top cop, and Mayor Libby Schaaf has been holding community forums to get feedback. Per the city's own notes, here's what Oaklanders are telling the mayor about about the police:

"Concerned about the undue role of the union with a backward, self-interested culture as well as compliance with the NSA. City government needs to stand up to the union."

"Demoralizing to have so many police chiefs leave after the last 4-5 years. Maybe after more community involvement, we can find someone who will stay through the ups and the downs and the hard times to see-through changes."

"There is no relationship with the community. When I went to school, I knew the police officers and there would be different forms of discipline. Officers would talk to our parents; now kids are sent to jail."

"Police officers didn’t show up when we really needed them. What does that say about them? Response times varies by ethnicity; we need equality."

"A lot of police officers live in Tracey and they don't have respect for Oakland; we need more officers from Oakland."

"Only 28% of Oakland residents are Black, but 60% of the stops are Black people; this needs to stop and we need to be treated fairly in the city."

Bobby Hutton Grove: On April 6, 1968 a shootout between the Oakland police and members of the Black Panther Party on 28th Street in West Oakland ended with 17-year-old Bobby Hutton dying from twelve gunshot wounds. Hutton became a martyr within the BPP, and a symbol of resistance for millions of Black people in America.

Coinciding with the 50th Anniversary of the founding of the Black Panther Party, the City of Oakland is dedicating a portion of DeFremery Park as "Bobby Hutton Grove."

In fact, many people already refer to DeFremery Park as "Bobby Hutton Park," and an annual day of remembrance for Hutton, the first member to join the Black Panther Party, and the first member to die in its name, has been held there since at least 1998.

Saving Oakland's SRO Housing: Residential hotels (SROs) provide crucial shelter for vulnerable populations who are just an eviction away from homelessness. Unfortunately, Oakland has slowly lost SRO housing units as landlords convert them into apartments or boutique hotels that cater to tourists. Saving Oakland's SROs is an urgent part of the bigger puzzle that is the housing crisis.

Councilmembers Lynette Gibson McElhaney, Larry Reid, and Abel Guillen want to change Oakland's planning code to protect SROs. Specifically, they want to require a conditional use permit for whenever a landlord proposes converting an SRO into another type of housing like a condo. This would give the city more power to block conversions if it means losing a substantial number of affordable SRO units.

But to permanently protect SROs state law has to change. The Ellis Act allows a landlord to "go out of business" and remove rental units from the market in order to convert them into condos, or even demolish the building and use it for another purpose. In San Francisco the Ellis Act has been used to destroy thousands of affordable, rent-controlled apartments over the past 20 years, but it can't be used to destroy SRO units.

Oakland hasn't seen the same use of the Ellis Act by landlords to destroy rental properties and evict tenants, but that doesn't mean it won't happen, especially as people are pushed out of San Francisco and San Mateo County into the East Bay, and rents and home prices keep going up.

Councilmembers Lynette Gibson McElhaney and Abel Guillen are urging the state Legislature to consider amending a 2003 state law so that Oakland can protect it's SROs from the Ellis Act just like San Francisco. In 2003, Senator Mark Leno's AB 1217 was signed into law. It barred the use of the Ellis Act to evict SRO residents in order to turn their homes into condos, but only in San Francisco and cities with a population of over 1,000,000 (San Diego, Los Angeles, and San Jose).

McElhaney and Guillen want to extend the power of this law to all cities. Whether state legislators will listen is unclear.