Did the Express Get its Rent-Control Reform Ballot Measure Story Wrong? Hell No. Here's Why ... 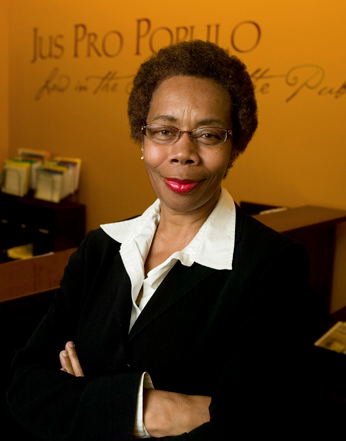 Tenant advocates claim Oakland City Attorney Barbara Parker delayed and obstructed their effort to put a measure on the November ballot. Their goal is to strengthen rent control and just-cause eviction protections. I wrote a story about this controversy last week.

So, in the spirit of transparency, here's additional backstory — and reasons why the City Attorney's office is wrong.

According to the tenant activists, the City Attorney typed up a ballot title and summary that ran over the 500-word limit. Attorneys representing the tenant advocates wrote to Parker that her title and summary jeopardized the ballot measure's legal status and exposed it to a legal challenge by opponents, or rejection by elections officials.

In multiple interviews, tenant advocates told the Express that this was just one of several actions Parker took that delayed and obstructed their ballot measure. I highlighted this example in the article and left other examples out (ironically, because my article had a 750-word limit).

Before I published, I asked the city attorney's spokesman, Alex Katz, about the tenant activists' claims. He confirmed that Parker wrote more than 500 words, but he denied that there was any attempt to delay or obstruct the ballot measure.

In an email, Katz also wrote that the City Attorney's Office has routinely exceeded the 500-word limit for other ballot measures. He explained this is because Oakland is a charter city, and it can follow its own laws instead of the state elections code. His implication was that the 500-word limit doesn't apply.

Well, I've searched through Oakland's municipal code and I can't find any section that gives the city attorney authority to write a title and summary more than 500 words.

So, in my story, I quoted Katz saying there was no attempt to delay the measure. I reported that, upon receiving a strongly worded letter from the activists' lawyers, the city attorney promptly re-wrote the ballot title and summary. Simple, right?

But Katz commented in the online version of my article that I had misrepresented the city attorney's response to tenant advocates, and that my story was inaccurate.

In his comment, Katz elaborated on his explanation that the City Attorney’s office has routinely exceeded the 500-word limit for ballot measure titles and summaries. He also wrote that City Attorney Parker "immediately revised the summary to accommodate their concerns and filed it the day after they objected." He also affirmed that the city attorney supports tenants and renters.

I don't think that's false. But I asked Katz in a follow-up email to show where in Oakland’s municipal code the City Attorney has the authority to exceed the 500-word limit. Katz hasn’t responded to that email, even though I've re-sent it twice already seeking further explanation.

Meanwhile, tenant advocates tell me that they still believe the original 531-word title and summary written by Parker imperiled their measure's chances of legally qualifying for the ballot, and could have seriously delayed them.

So, did I misrepresent the story? Did I twist the facts?

No. Given my limited understanding of Oakland's election laws — and the fact that virtually every tenant advocate I spoke to told me that Parker has made multiple decisions hampering their effort to amend Oakland's rent control and eviction laws — the Express got the story right.

The other big tactic that tenant advocates say Parker is using to obstruct and delay rent control and just-cause reforms involves recusal.

Parker has pushed to have Councilmember Abel Guillen — considered by many a possible pro-tenant swing vote — recused from voting on, or even discussing, matters having to do with rent control and just-cause eviction laws. This is because Guillen owns a condominium that was built in 2006. According to Parker, Guillen needs to recuse himself because the ballot measure would extend just-cause protections to his unit. Therefore, according to Parker, Guillen has a direct economic interest in the outcome of the law.

As a result, Guillen had to walk out of two recent rules-committee meetings, where a report and legal analysis for the rent-control and just-cause measure was scheduled for future council committee hearings.

But Parker is also a landlord. Parker owns a single-family home located in East Oakland, which she rents to a tenant. Katz told me in his original email reply that Parker has no conflict of interest because her unit, unlike Guillen's, is already covered by the just-cause ordinance.

But it's not that simple.

In addition to extending just-cause eviction protections to units built after 1980, the ballot measure that Parker wrote the 531-word title and summary for, and which she has pushed to have Guillen recused from voting on, would also amend Oakland's Just Cause Ordinance in ways that would impact Parker's rental unit. Specifically, the measure would remove three current grounds for tenant eviction, making it harder for landlords to evict tenants.

Should Parker also be recused from anything having to do with the rent control and just cause ballot measure?

I asked Katz that question in my followup email, but he hasn't responded.

In the spirit of full disclosure, here's a copy of the emails, starting with the most recent.


From: Darwin BondGraham
6/6/2016 at 10:32 AM
Hi Alex,
Do you plan to respond to these two questions? I just want to be sure before I write an update to the article.
And is the City Attorney’s Office also pushing for Councilmember Desley Brooks to recuse herself from rent control and just cause matters? If so, why?
Thanks,
Darwin

From: Darwin BondGraham
6/3/2016 at 9:07 AM
Any chance of getting an answer to these two questions today?

From: Darwin BondGraham
6/1/2016 at 10:37 AM
Hi Alex,
Thanks for this response, and for the comment you left on the article. I have two questions.
1. You wrote that City Attorney Parker's rental property "is already covered by the just cause ordinance," and therefore "there is no conflict [of interest]" regarding her involvement in this issue.
But wouldn't the proposed Measure, if approved by voters, amend the Just Cause Ordinance in several ways that would impact City Attorney Parker's financial interest in her property?
I'm wondering specifically about the following change, as described in the March 18 Title and Summary as prepared by the City Attorney:
"[the measure would] eliminate three current grounds for tenant eviction - refusal to execute a lease renewal; destruction of peace and quiet; and use of the property for an illegal purpose. This measure adds the ground that tenant committed or permitted a nuisance in the unit."
Could you explain how this amendment to the Just Cause Ordinance would not impact the City Attorney's interest in her rental property?
2. You wrote in your comment on the EBX web site that it has been the City Attorney's practice for a decade to write a 500 word summary plus a title, resulting in a combined title and summary of over 500 words.
Can you point me to the section of the Oakland Municipal Code authorizing the City Attorney to do this? It's not that I don't believe you. I just want to be clear that this authority is stated in the city's law, because if it isn't, wouldn't the state's law relating to elections in general law cities apply?
Thanks,
Darwin

From: Alex Katz
5/26/2016 at 3:32 PM
Mr. Bond Graham:
With respect to the ballot measure:
There’s no attempt to delay. We followed the same practice the City has followed for decades of applying the 500-word limit to the summary. Oakland is a charter city, meaning the City can follow its charter and ordinances. We revised the summary after the proponents objected to accommodate their concerns.
We issued the original title and summary on March 18. The proponent's letter objecting to the word count is dated March 23. We issued the revised title and summary on March 24th, one day after the proponents objected.
As to your question about advice to Councilmembers:
The City Attorney is bound by attorney-client privilege. We are legally and ethically barred from releasing confidential advice to clients. We cannot even confirm whether or not we provided advice. However, the client who holds the privilege can share advice with you if s/he chooses to do so.
I also understand that you are asking about the City Attorney's rental property? Her property is already covered by the just cause ordinance, therefore there is no conflict.
Thanks, Alex

From: Darwin BondGraham
5/25/2016 at 5:29 PM.
Hi Alex,
The attached letter from Richard Maidich, representing the proponents of a rent control and just cause ballot initiative, claims that the City Attorney’s office issued a title and summary that was over the legal word count. The proponents of the ballot initiative say this resulted in an unreasonable delay. Some are claiming the City Attorney’s office purposefully went over the legal word limit in order to delay or disrupt the measure’s proponents from gathering signatures.
I’d like comment from the City Attorney regarding the claims made in the letter, and regarding claims made by some proponents that there was an effort to delay the ballot measure. Why was the title and summary over the word limit? How long did it take to correct? Who in the City Attorney’s Office directly worked on the ballot measure language?
Also, it’s my understanding that the City Attorney advised Abel Guillen and Desley Brooks that they had conflicts of interest requiring them to recuse themselves from any votes on rent control and just cause changes. What exactly did Parker advise the councilmembers?
Specifically, why is Guillen recused?
I’m at 510-879-3733.
My deadline is 3pm tomorrow.
Thanks,
Darwin