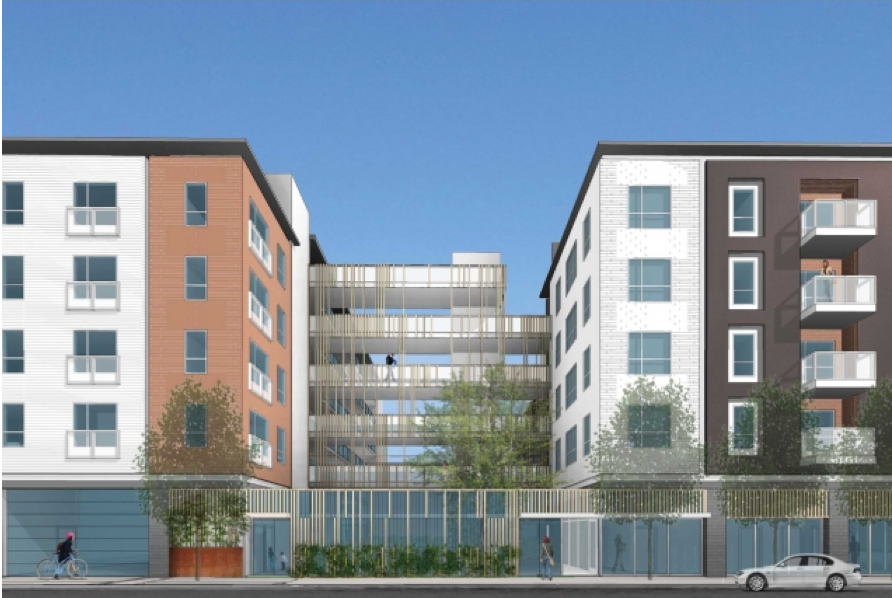 $72 Million for Affordable Housing: Oakland is in the running to get $72 million in state funds to build affordable housing. The money comes from California's cap-and-trade program — essentially a tax on polluting industries — and is used to build below-market housing in urban centers near transit. The program aims to reduce greenhouse gas emissions from urban workers who will live closer to their jobs.

"Right of Return": Council President Lynette Gibson McElhaney and Councilmember Annie Campbell Washington want to give displaced Oakland residents and current Oakland residents first shot at renting new affordable housing units and obtaining subsidized loans to purchase homes.
Gibson McElhaney's proposal (amended by Campbell Washington last week) would bump anyone displaced from Oakland in the last 8 years due to a no-fault eviction to the top of the waiting list for new affordable units built with city funding, and the city's first-time homebuyer program. Second in line would be anyone who currently lives one mile from a new affordable housing development (in the same neighborhood). And finally, people who currently live and work in Oakland would have preference over those who don't when it comes to leasing or buying new affordable homes.
Gibson McElhaney's proposal solves a problem pointed out to the council back in March when they approved higher income limits for the city's first time homebuyer program. Affordable housing activists objected to the higher income limits because most Oakland renters don't earn a lot, and the city had no way to ensuring that wealthier families wouldn't move here and take advantage of the program, furthering gentrification.
But not everyone is happy with Gibson McElhaney's proposal. Councilmember Larry Reid said the preferences could have the effect of reinforcing segregation in Oakland by not providing people who live in his district's neighborhoods, predominantly Black and Latino areas of deep East Oakland, the same opportunities to move to wealthier neighborhoods like Montclair and Rockridge. That's because under Gibson McElhaney and Campbell Washington's rules, any affordable housing built in Oakland's wealthier neighborhoods would first be offered to current residents of those neighborhoods. Then again, not a lot of affordable housing is being built in Montclair and Rockridge, so the one-mile rule may not have an exclusionary impact.

Police Mental Health: the Oakland Police Department is asking for an additional $25,000 a year to strengthen its psychological counseling program for police officers. OPD recently established a Wellness Unit for its officers which is intended to provide counseling, substance abuse treatment and other services to Oakland cops in one easy to access location. The total cost of OPD's mental health services program is currently $75,000 a year.

Another Subsidy: Millions of city and federal taxpayer dollars have already been dedicated to transforming a blighted corner of Seminary Avenue and Foothill Boulevard, but so far the land, about 1.7 acres, remains an empty lot. Now the developer and city staff are asking for an additional $1.5 million in city money to keep the project afloat.
The project should already be under construction, but according to a staff report, construction costs have inflated so much in the Bay Area over the past two years that the developer, Sunfield Development, needs millions more than its original cost estimate. Banks and other private lenders won't hand over the extra cash without demanding repayment terms that make the project infeasible.
Sunfield Development has an agreement with Oakland to lease the city-owned land and build a retail complex on it. Last year Walgreens said they were interested in opening a store there, but the retail giant then tried to get Oakland to waive it's living wage requirements for the project. That didn't work.
Here's a rundown of all the subsidies Sunfield has gotten so far: $4.5 million spent by the Oakland Redevelopment Agency years ago to purchase and assemble eleven parcels of land; $6 million in federal tax credits; a 66-year ground lease of the city land in which Sunfield pays only $1 per year for the first  seven years; and last year the city council voted to increase the federal tax credits to $14 million.
Will the project every be built? At what cost to the public? Stay tuned.