1. The BART line between the Pittsburg-Bay Point and North Concord stations remain closed this morning, and the agency still does not know what caused the power surges that knocked fifty cars out of service last week, the Chron reports. The agency was able to bring 36 more cars on line today than on Friday but it’s still forty below what it has in service on a normal weekday because of power surges in February in West Oakland. 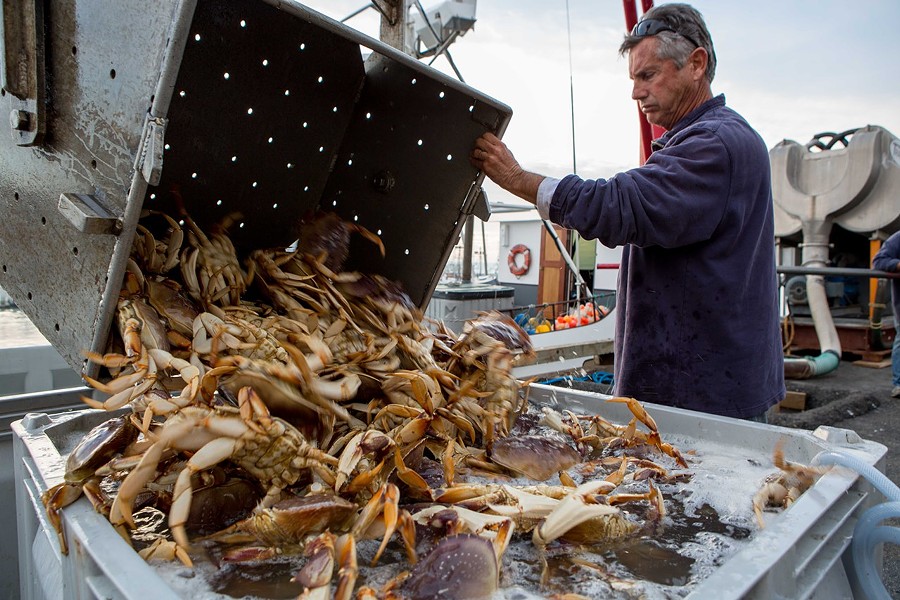 2. The commercial Dungeness crab season is scheduled to finally open this Saturday, March 26, in the Bay Area and along the Central Coast, the Chron reports. Fishery managers said that the dangerous neurotoxin that had infected the crabs earlier this season has now dissipated to “low or undetectable levels.” Crabbing, however, is still banned north of Mendocino County because of the domoic acid problem.

3. California has the $21 billion needed to complete the first major section of the high-speed rail line between the Central Valley and San Jose, the LA Times$ reports, citing a new report from the nonpartisan Legislative Analyst’s Office. However, the state has yet to identify the other $44 billion it needs to complete the 500-mile long rail line between Los Angeles and San Francisco.

4. UC Berkeley, rocked by a series of sexual harassment scandals, is coming under fire for the arbitrary way it has dealt with professors who violate campus harassment rules, the Chron reports.

5. And Digital First Media, which owns the Oakland Tribune, Contra Costa Times, and the San Jose Mercury News, has acquired the Orange County Register and the Riverside Press-Enterprise, after a judge halted the proposed purchase of the Southern California papers by Tribune Publishing, the owner of the Los Angeles Times, the LA Times$ reports. The judge blocked the sale to the Tribune after the US Department of Justice said the deal violated federal anti-trust rules.