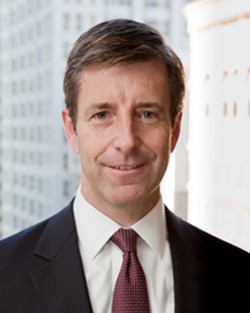 An investigator appointed by federal Judge Thelton Henderson to examine the Oakland Police Department’s disciplinary system issued a second report today, finding that the Oakland Police Department and the city attorney have made significant progress fixing problems that have undermined efforts to hold police officers accountable for breaking department policies and the law.

Last April the investigator, attorney Edward Swanson, published a scathing report that characterized Oakland’s police discipline process as “a broken and inadequate system that has evaded the public’s scrutiny for too long.” In today’s report, Swanson wrote that developments over the past year are “encouraging,” and that the city has fixed some major problems. But Swanson also questioned whether recent improvements can be made sustainable, and whether OPD will hold supervising officers accountable for giving bad orders and providing improper training.

According to the court-appointed investigator, over the past year OPD and the city attorney have begun working together as a team to prepare for police discipline cases, whereas previously they blamed one another for breakdowns in the process. Lawyers from the City Attorney’s Office are now involved in discipline cases from their inception, and when outside attorneys are hired to assist, the city contracts with attorneys who have experience in police discipline cases, and they they are brought in early in the process.

"We have just received the report and are currently reviewing its recommendations," Oakland Police Chief Sean Whent wrote in a statement. "We are absolutely committed to police accountability and are always looking for ways to appropriately improve our accountability system."

“There have been some improvements and I’m gratified to see that,” said James Chanin, one of the attorneys who seventeen years ago sued the city on behalf of a group of Black Oakland residents who alleged that OPD officers were systematically violating their civil rights. Oakland settled that lawsuit in 2003 by agreeing to put its police department under the oversight of Judge Henderson in a reform process called a “consent decree.”

But Chanin, who has closely monitored OPD’s consent decree efforts ever since, said that Swanson’s latest report still raises serious issues about Oakland’s police discipline system. Chanin singled out two issues of particular concern: Can Oakland sustain the progress it has made without a federal court overseeing its cops? And will OPD begin to discipline supervising officers, rather than heaping punishment mainly on rank-and-file cops who are often just following orders, or acting with insufficient training and supervision?

“The most disappointing thing is that it seems the real action only takes place when the court points it out and starts complaining, rather than self-initiated behavior by the city, and the city attorney, in particular,” said Chanin. “That’s the sustainability issue we’re looking at right now.”


Swanson also wrote that despite the city attorney’s improved coordination with OPD to prepare for police discipline cases, the City Attorney’s Office remains “deficient in its overall support” for the police department. “OCA has not properly fulfilled its role as ‘general counsel’ to the Department,” wrote Swanson. “The Department often feels it gets little guidance from OCA on policy matters, and that guidance frequently is of limited value or comes too late to be of use.”

Swanson also wrote that he “strongly disagree[d]” with the city’s claim that it has been holding supervising police officers accountable when they contribute to police officer misconduct. According to Swanson, OPD’s internal affairs investigators currently do not consider whether a supervisor ordered a subordinate officer to undertake an action that resulted in misconduct, nor whether a supervisor failed to sufficiently oversee an officer accused of misconduct.

Chanin said the case of Scott Olsen illustrates how supervisors traditionally haven’t been held accountable by OPD. Olsen, an Iraq War vet who was attending an Occupy Oakland protest march on October 25, 2011, was struck in the head by a shotgun-fired lead beanbag round by an officer who was never identified. As Olsen lay prone on the street, Oakland police Officer Robert Roche lobbed a flash-bang grenade into a small group of people who had rushed to help Olsen. Roche was fired for his actions, but his union, the Oakland Police Officers Association (OPOA), later won Roche his job back by arguing that he had been commanded to throw the flash-bang grenade by his supervisor. Roche’s supervisor was never punished.