Utah state lawmakers are racing a bill through the final days of their legislative session that would subsidize a proposed coal export terminal in Oakland with $53 million in Utah public funds. The lawmakers promoting the bill argue that it is necessary to support jobs in rural Utah. But public records show that key lawmakers who have helped speed the bill through the Utah Senate and House, along with the governor of Utah, who has said he supports the legislation, all took money from a coal company that stands to profit if the Oakland coal export terminal is built.

Public records show that Bowie Resource Partners, a Kentucky-based coal company with coal mines in Utah, has made $29,000 in campaign contributions to key Utah lawmakers advancing the bill to spend $53 million in Utah public funds on the coal export terminal in Oakland.

Utah State Senator J. Stuart Adams introduced the legislation on March 1. According to state campaign finance data, Adams received a $750 contribution from Bowie Resource Partners in October 2014. In addition to being the author of the pro-coal legislation, Adams is also the Republican Party majority whip in the Utah Senate. 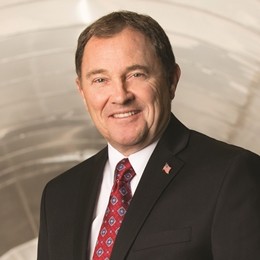 Utah Governor Gary Herbert has taken $14,000 from Bowie Resource Partners since 2014, according to state campaign finance data. This included a $5,000 payment from Bowie to sponsor a "Governor’s Gala" party, and a $2,000 campaign contribution in 2014.

Last year, Bowie paid $5,000 to sponsor another Governor’s Gala party, and then contributed $2,000 for the Governor’s Energy Roundtable Breakfast event.

Bowie has been seeking a West Coast coal export terminal since at least 2013. That year, Bowie bought three coal mines in Utah for $435 million from Arch Coal. In company financial documents, Bowie has explained that it plans to export much of this coal to overseas markets through West Coast ports. But there are few existing marine terminals in California and other West Coast states capable of exporting the millions of tons of coal that Bowie’s Utah mines will produce.

In 2014, the Port of Oakland rejected a proposal by Bowie Resource Partners to build and operate a coal export terminal. Private investors have been equally skeptical about financing coal infrastructure as the global price of coal has collapsed over the past few years, and US coal exports have declined.

But in 2015, it was revealed that four Utah counties were securing $53 million from a Utah state agency called the Community Impact Fund Board (CIB) to help pay for construction of a coal export terminal located at the old Army Base redevelopment site in Oakland. It was subsequently revealed that the counties were working closely with Bowie Resource Partners to secure “throughput capacity” at the proposed Oakland marine terminal in order to export millions of tons of Bowie's Utah-mined coal to foreign markets.

This plan has run into strident opposition in both Oakland and Utah. And one of the biggest obstacles to this plan was a legal challenge made by environmental groups and private attorneys in Utah and California who asserted that the Utah counties could not invest in the Oakland terminal because the source of funds they intend to use, called “community impact funds,” which come from mineral lease revenues given to the state by the federal government, are intended only to be spent in Utah by local governments to pay for services and government infrastructure like schools, fire stations, sewers, and fire protection. The Utah Attorney General has yet to release any public opinion on this matter, however.

In an apparent effort to circumvent this legal prohibition on using community impact funds to subsidize a private fossil fuel industry project out of state, Senator Adams introduced his bill two weeks ago to have the CIB funds transferred into the state’s Department of Transportation, and then spent on the Oakland coal terminal.

Adams’ bill has been criticized by colleagues in the Utah legislature as a money laundering scheme. Senator Gene Davis, a Democrat, called Adams’ bill a “shell game” because of the way it shuffles money. Davis, who did not take any money from Bowie, voted against the bill earlier this week.

But the bill is expected to pass the full house and advance to the governor's desk by the end of this week.

Correction: the original version of this story misstated the amount of Utah public funds that Senator Adams' bill would appropriate to subsidize the Oakland coal terminal. The correct amount is $53 million – not $51 million.