Oakland's Cop Bar — the Warehouse Bar and Grill — Has Been Sold

The Warehouse Bar and Grill, Oakland's historic watering hole for police officers, located at 402 Webster Street in the Jack London district, has been sold to a group of investors who plan to significantly renovate the building and redecorate the bar and restaurant. The Warehouse will be closed for several months in order to add windows, a new bar, and to change the layout of the interior, according to several bartenders I spoke with recently. Additionally, the new owners plan to renovate the building's upstairs, which is currently unused, and transform it into several new apartments.

"All of the owners are proud Oakland residents and love the Jack London District," Monica Plazola, one of the new owners, wrote in an email to the Express.

Plazola declined to name the other investors who purchased the building for $2.4 million, but she hinted that some of the bar's existing flavor will be preserved. 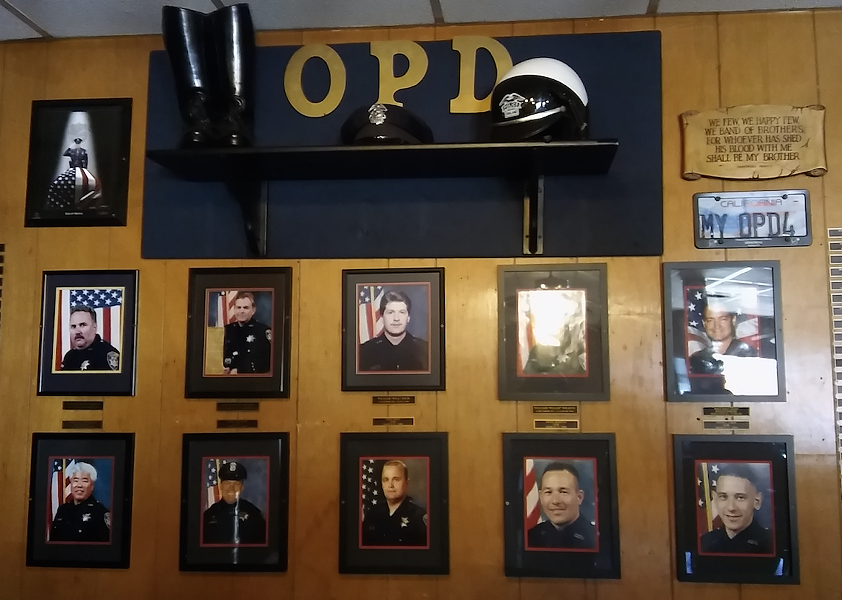 "To be able to own a bar that has so much history in the community is really a unique and wonderful opportunity," wrote Plazola. "Over the last few months we’ve gotten to know the regulars and have heard so many amazing stories about things that have taken place there over the years."

The Warehouse has a storied history of catering to and supporting law enforcement officers, as well as firefighters, paramedics, and soldiers and sailors. The bar's walls are adorned with badges from numerous Bay Area police agencies, and from some departments as far away as Mississippi and even Australia. One wall serves as a memorial to Oakland police officers killed in the line of duty.

In 2009, the Warehouse hosted a "Fallen Heroes" fundraiser in honor of Oakland police officers John Hege, Mark Dunakin, Erv Romans, and Daniel Sakai who were killed in the line of duty by Lovelle Mixon. The event drew hundreds of attendees and closed off the streets surrounding the warehouse late into the night.

Because of the Warehouse's links to law enforcement agencies, it has also been a target of anti-police brutality protesters. In 2012, the bar had one of its windows smashed during a march in response to the fatal shooting of Alan Blueford by Oakland Police Officer Miguel Masso earlier that year. 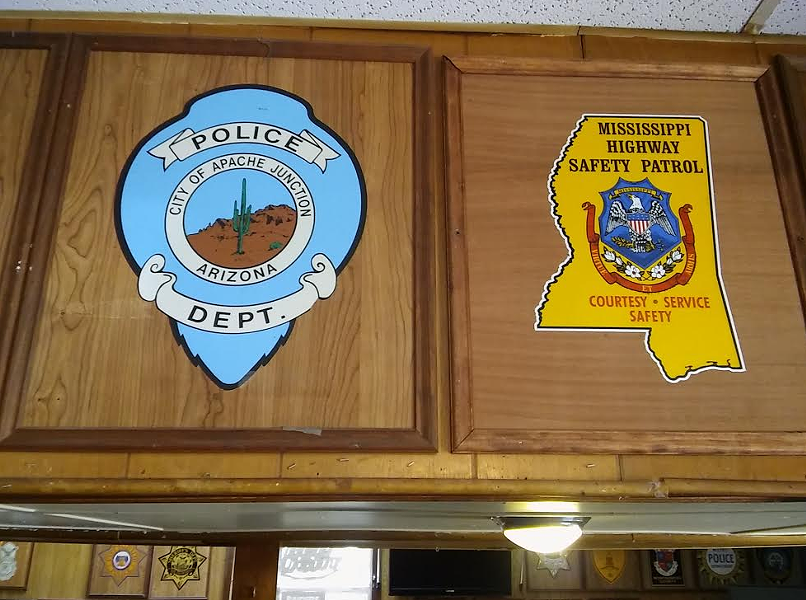 And the bar has always been a good place to stay abreast of gossip in the law enforcement community. In 2011, word of the police crackdown against the Occupy Oakland protest encampment on the lawn of City Hall was spread by chatty off-duty cops who were drinking at the Warehouse. As the Chronicle's Phil Matier and Andy Ross reported, "Oakland City Council members Larry Reid and Pat Kernighan first got word that the big Occupy crackdown was in the works not from the mayor or the police chief, but from a guy who overheard cops talking about the upcoming action at the Warehouse Bar and Grill down by Jack London Square."

One longtime bartender at the Warehouse told me that the new owners will likely be removing most of the police memorabilia, but that some of the badges and other regalia will likely be preserved when the bar reopens, likely under a new name. 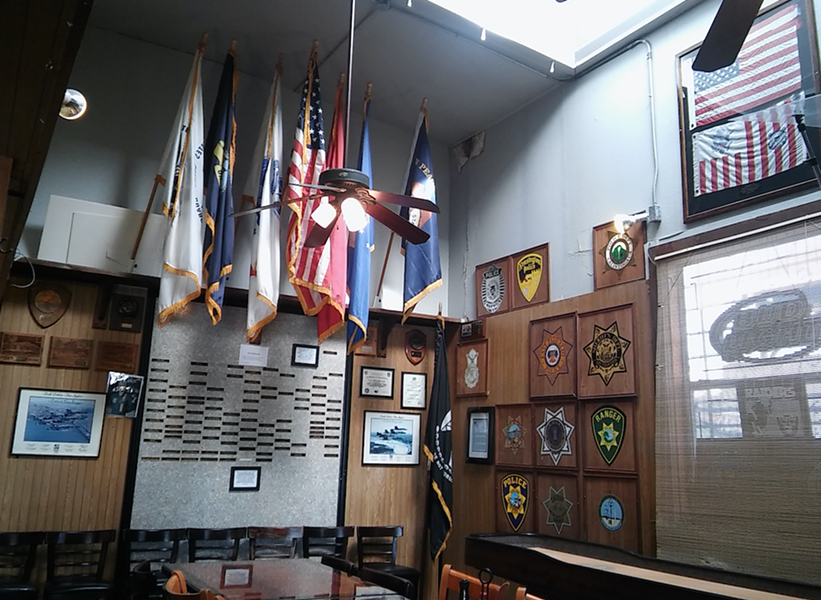