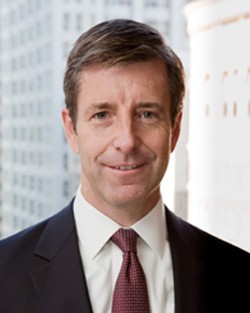 Henderson had previously appointed Edward Swanson, a private attorney, to investigate why the City of Oakland was for years unable, or unwilling, to impose meaningful discipline against bad cops. Last April, Swanson issued his report, based on the review of thousands of pages of city records and emails, and interviews with top city officials. Swanson characterized Oakland’s police discipline process as “a broken and inadequate system that has evaded the public’s scrutiny for too long.” Swanson laid blame on both OPD and the City Attorney’s Office for conducting tainted investigations of officer misconduct, and bungling arbitration hearings so that officers were often able to overturn disciplinary measures.


Swanson made nineteen different recommendations to fix the city’s police accountability system. But in his order issued yesterday, Judge Henderson wrote that “the steps the City has taken do not reflect full and sustainable implementation,” of Swanson’s recommendations. Henderson noted that in a December report submitted by the city to the court, the city claimed that it prevailed in six recent arbitration hearings seeking to uphold discipline against officers accused of misconduct.

The Independent Police Monitor, a team of law enforcement experts assigned by the federal court to oversee sweeping reforms of OPD since 2003, found that in two recent internal affairs (IA) investigations, OPD investigators failed to find their fellow officers guilty of misconduct, despite video evidence proving the cases. The monitor team wrote in a December report to the court that an OPD internal affairs investigator exhibited an “obvious reluctance” to find another officer guilty of alleged misconduct, while another IA investigator deployed an “incredible display of semantics gymnastics” to find an OPD officer innocent of allegations, despite evidence to the contrary. In a third investigation, the monitor found that an officer’s superior who was involved in an incident that led to a complaint being filed was then allowed to help conduct the investigation — a “clear violation” of the department’s policies, according to Henderson.

“That these issues occurred while the City and Department are still being monitored raises concerns as to what will happen when the Court and Plaintiffs’ counsel are no longer holding them accountable,” Henderson concluded in the order made public yesterday.

Representatives of the Oakland Police Department and the City Attorney's Office did not immediately respond to requests for comment.

The City of Oakland will be forced to pay for the investigators services, according to Henderson's order.