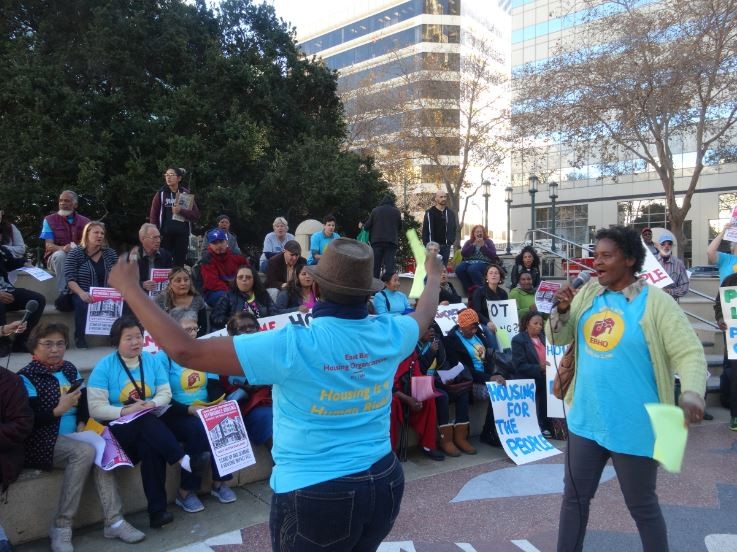 The full Oakland City Council isn't meeting this week, but the council's six committees are scheduled to meet, and there is important business to  discuss.

Impact fees: The proposed impact fees that developers would pay to fund affordable housing, transportation and capital projects are coming before the council's community and economic development committee on Tuesday afternoon. We've written a ton about the proposed affordable housing impact fee, which has been several years in the making. Tuesday's hearing on the proposed impact fees will be the first opportunity for public input since the city released the nexus study and feasibility analysis, two reports that estimate how much the city can justifiably charge developers without negatively impacting their ability to finance new market rate housing projects.

Taxing the “sharing economy”: The finance committee is schedule to consider ways of better regulating and taxing so-called sharing economy comapnies like Airbnb, and on-demand services like Uber. According to a staff report, there are at least eight different companies that currently operate short-term rental platforms that Oakland landlords use to rent out their houses, apartments, or other real estate properties as virtual hotels. Uber and Lyft dominate the app ride hailing industry, and both platforms have an unknown, but large number of drivers now providing rides in Oakland, especially around downtown and the West Oakland and MacArthur BART stations.


Airbnb taxes for affordable housing?: Oakland is already collecting hotel taxes from Airbnb landlords, but on Tuesday morning the finance committee is going to discuss whether or not the city should start putting some of these increased hotel tax revenues into the affordable housing trust fund. The proposal at this point is to put $350,000 above what the city normally collects in hotel taxes into the fund. A report released by Community Economics, Inc. and East Bay Housing Organizations earlier this month recommended that Oakland allocate all of the new Airbnb tax money to the affordable housing trust fund to help pay for below-market rate development. This could provided upwards of $500,000 a year in new money for affordable housing programs.

Ellis Act eviction compensation: Currently, if you get  evicted from of your apartment in Oakland under provisions of the Ellis Act, you can't get any financial assistance from your landlord, unless you're defined as a very-low income renter. If you meet the city's income requirements, you get two months worth of rent at the time your notice of eviction is given. Among California cities with rent control, Oakland's Ellis Act compensation is the lowest. Several proposals to increase this compensation are coming before the community and economic development committee on Tuesday afternoon. One proposal is to set base compensation at $8,000 per unit, and then provide extra financial assistance of $2,500 if any of the tenants are seniors, disabled, low-income, or families with children. A second option would be to compensate tenants based on the size of their unit. Landlords who proceed with Ellis Act evictions on studios and one bedrooms would be required to pay tenants $6,500. Evictions on two-bedroom and three bedroom apartments would increase compensation to $8,000 and $9,875, respectively. Unlike San Francisco, Ellis Act evictions haven't had much of an impact on Oakland tenants. Since 2003, only 98 tenant households have been evicted with an Ellis Act filing. City staff, however, fear this number will increase as Oakland's real estate becomes more desirable to higher-income people looking to buy condos instead of rent apartments.

Racial profiling on Nextdoor.com: Neighbors for Racial Justice formed last year to raise awareness about the problem of racial profiling on the many Nextdoor.com networks that have become popular online forums across Oakland. Sam Levin wrote an excellent Express feature story last year revealing how Black residents of the Dimond, Glenview, and other neighborhoods have been unjustly profiled on Nextdoor.com as “criminals,” “thugs,” and “thieves.” Neighbors for Racial Justice will be making a presentation to the city's life enrichment committee on Tuesday afternoon.

Crime scene laser scans: OPD wants to spend $317,502 on two laser scanning machines that can map out crime scenes in three dimensions. Funding for the laser scanners will come from a federal Department of Justice grant, and previously budgeted money to help OPD improve its ability to investigate shootings. According to a report produced by OPD, there are about 600 shootings each year in which crime scene technicians do not gather all of the evidence they should in order for investigators and prosecutors to successfully resolve the case. The laser scanners will reduce the amount of time necessary to gather evidence.