1. The Bay Area is experiencing its wettest January to date since 2010 — before the drought began, the Bay Area News Group$ reports. It has rained twelve of the first eighteen days of the month so far. The latest storm brought 1.8 inches of rain to Oakland, and more than four inches to certain parts of Marin County. Forecasters expect more rain throughout  January.

2. The El Niño-fueled warm storms, however, are keeping snow elevations high in the Sierra, the Chron$ reports. Snow levels are expected to be at about 7,000 feet, meaning that many ski resorts are not receiving that much snow. 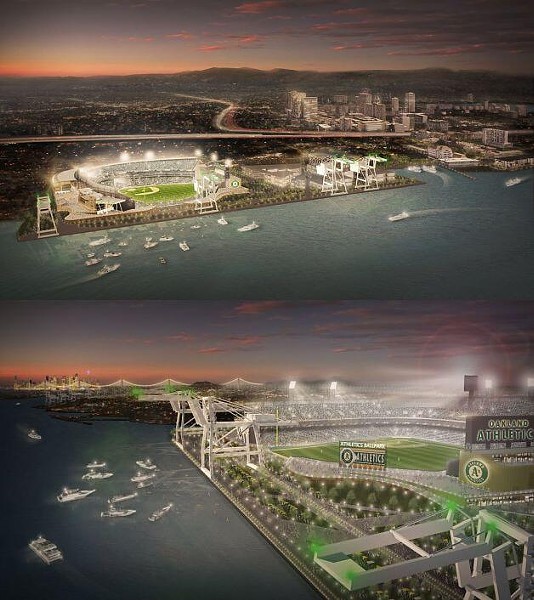 3. Oakland A’s majority owner John Fisher, who, over the years, has not taken a lead role in running the team, is interested in the possibility of building a new A’s stadium on the Oakland waterfront next to Jack London Square, the Chron$ reports (last item). Fisher has expressed interest in the Howard Terminal site at the Port of Oakland, which Mayor Libby Schaaf has been pushing heavily because of its proximity to downtown.


4. The Golden State Warriors said they’re delaying their planned opening of a new arena in San Francisco until 2019 because of lawsuits filed by wealthy donors to UC San Francisco Medical Center, the Chron reports. The donors maintain that the Warriors’ planned arena will create traffic nightmares for the hospital.

5. And anti-growth activists in Berkeley have filed suit to block the construction of an eighteen-story apartment tower, known as 2211 Harold Way, in downtown, Berkeleyside reports.