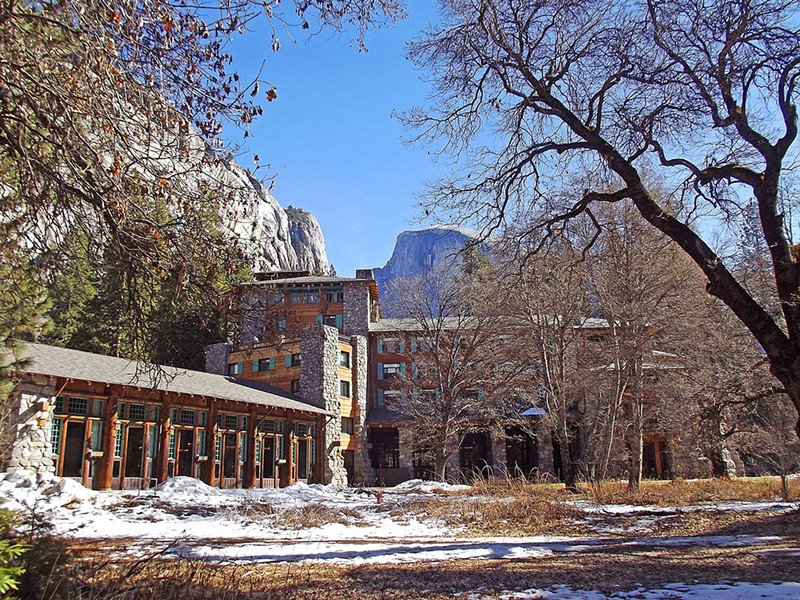 1. National Park officials have decided to change the names, at least temporarily, of historic places in Yosemite — including the Ahwahnee Hotel and Badger Pass — because of a trademark dispute with the former private concessionaire of the park, the Chron reports. As the Express first reported more than a year ago, Delaware North, a Buffalo-based company that used to be the concessionaire at Yosemite, claims it owns the names of numerous historic parts of the park, and is demanding a $51 million payout from the National Park Service in exchange for legal control of the names.

The park service disputes Delaware North’s claims, but has decided to change the names of certain historic places while the case plays out in court. As of March 1, the Ahwahnee will be renamed the Majestic Yosemite Hotel; Curry Village will become Half Dome Village; the Badger Pass Ski Area will change its name to Yosemite Ski and Snowboard Area; the Wawona Hotel will become; and Yosemite Lodge at the Falls will be renamed Yosemite Valley Lodge.

2. Walmart announced that it will close its Oakland store on Edgewater Drive this Sunday as part of plan to shutter 269 stores around the globe, the AP reports (via the Trib$). The retailing giant is facing increasing competition from online retailers, particularly Amazon.com.


3. Cost Plus World Markets, which has been headquartered in Oakland since 1998, is moving its corporate offices to Alameda, the Bay Area News Group$ reports. Cost Plus will relocate from Oakland’s Jack London district to the Marina Village business park.

4. Sprouts Farmers’ Market opened its new store on Broadway in Oakland this week, the Bay Area News Gourp$ reports. Sprouts is often viewed as a direct competitor to Whole Foods, because of similar product mixes, but Sprouts’ prices are lower.

5. Climate scientists say that although the El Niño weather pattern is dissipating in the Pacific, California should still expect a wet winter and spring, the Mercury News$ reports. Forecasters are predicting a series of heavy storms into May.

6. And state regulators have fined Uber $7.3 million because one of its subsidiaries, Rasier-CA, has failed to hand over information about safety and accessibility, the Chron reports. If Raiser fails to hand over the info in thirty days, it will be shut down. Uber plans to pay the fine and appeal the decision.