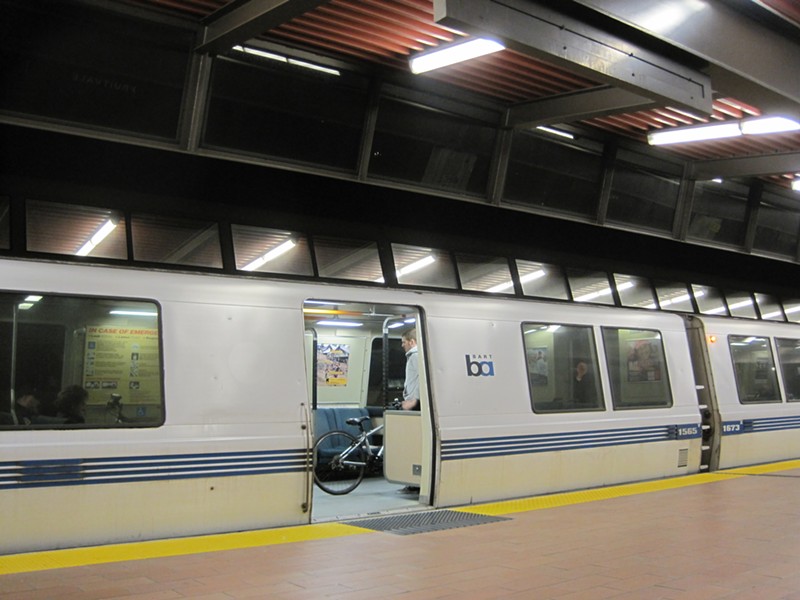 1. BART police are having difficulty investigating a recent fatal shooting in West Oakland, because the video camera on the train was fake — like those on most other BART trains, the Chron reports. BART acknowledged its use of fake cameras this week, and sources told the newspaper that many of the actual cameras that the agency does have are broken.

2. Despite the NFL’s decision to deny the Oakland Raiders’ effort to move to Los Angeles, team owner Mark Davis is refusing to commit to staying in Oakland, the Chron$ and Bay Area News Group$ report. But Davis’ options are limited. In 2014, he expressed interest in moving the Raiders to San Antonio, but the owners of the Dallas Cowboys and Houston Texans are expected to vigorously oppose such a move. In addition, the NFL has offered the Raiders $100 million for a new stadium in Oakland.


3. State regulators are probing whether a massive gas leak in Southern California was caused by fracking, the LA Daily News$ reports (h/t Rough & Tumble). Governor Jerry Brown recently declared the gas leak near Porter Ranch, which has forced thousands of people to evacuate, a state emergency.

4. The City of Berkeley this month joined a series of legal cases filed against Monsanto, alleging that the pesticide maker knew that its products were toxic, the San Diego Times-Union reports (h/t Rough & Tumble). Oakland and San Jose are already involved in the suits against Monsanto.

5. And beginning this month, Californians can drop off their old mattresses at designated centers around the state for free, the SacBee$ reports. The free mattress drop-off stems from a law sponsored by state Senator Loni Hancock, D-Berkeley.